The American heiress and her British husband are said to be expecting their first child, six months after their lavish wedding.

Nicky Hilton and husband James Rothschild are reportedly expecting their first child together. The super-wealthy couple, who married in during a lavish ceremony at Kensington Palace in London last July, are said to have begun telling friends and family the happy news. 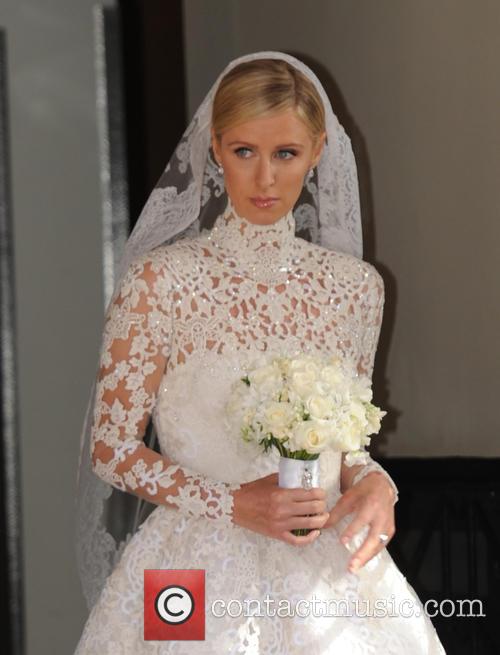 Nicky Hilton and James Rothschild are expecting their first child together.

The news was first reported by People magazine, with a source saying: “Nicky is very excited to become a mom. She is feeling great! They’ve just begun telling close friends and family. Nicky and James are over the moon!”

US Weekly have since confirmed the news with a source who added, “They are so exited!”. The couple began dating in 2011, with James popping the question in August 2014 while boating on Italy’s Lake Como.

Their wedding last year was one of the biggest of the social calendar and bride Nicky wore a $77,000 couture Valentino gown. The dress featured a high neck, long sleeves, 10-foot train and a delicately embroidered vintage lace veil.

The ceremony was held at Kensington Palace in London, with Nicky’s sister Paris serving as the maid of honour. Prior to the nuptials Paris told People, “They’re so loyal and they’re so in love. They’re like a prince and princess. I think it’s important to find someone you trust and love and spent the rest of your life. I think that’s the meaning of life: to get married and have a family.”