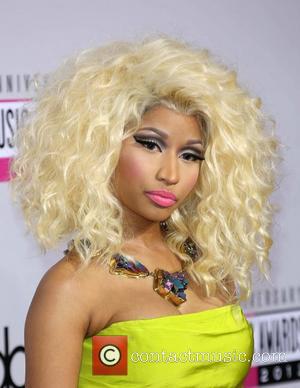 Steven Tyler has strenuously denied that he is a racist, after Nicki Minaj pulled him up on his criticism of her judging methods. The current American Idol judge publically slammed Tyler after the Aerosmith singer insinuated that she doesn't understand true rock music, saying she "would have sent [Bob Dylan] to the cornfield" had he tried out for the show.

The remarks incensed Minaj, who fired back on Twitter, "That's a racist comment. You assume that I wouldn't have liked Bob Dylan??? why? black? rapper? what? go f*** yourself and worry about yourself babe." A debate ensued between fans of both artists on Twitter, but yesterday (November 28, 2012), Tyler explained himself on the Canadian talk show 'eTalk', saying, "I apologize if it was taken wrong, Nicki ... but I am the farthest from [being a racist]. I am the last thing on this planet as far as being a racist. I don't know where she got that out of me saying I'm not sure how she would've judged Bob Dylan."