Last weekend, Remy Ma dropped a brand new diss track brazenly and unambiguously slating Nicki Minaj in every possible way. Needless to say, a number of people mentioned in the song have responded to the various accusations, and it has brewed into quite the firestorm. 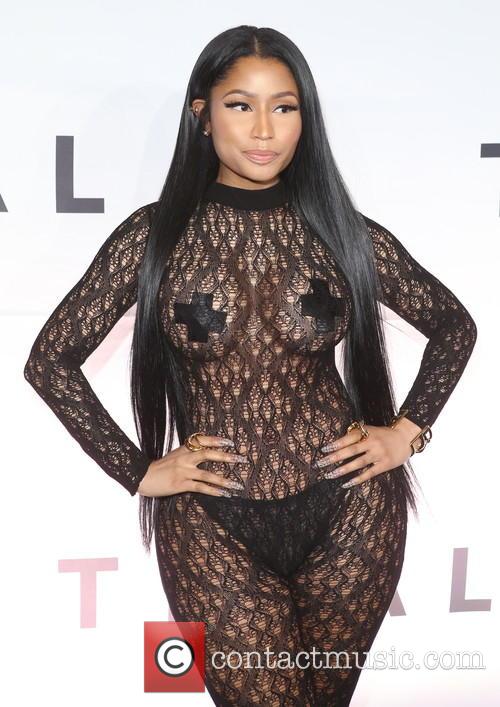 Nicki Minaj gets crucified by Remy Ma in 'ShETHER'

The track is entitled 'ShETHER' and named after Nas' 2001 song 'Ether' in which he dissed Jay Z. In the rap, not only does Remy slate Nicki's image and mock her relationships with Meek Mill and Safaree Samuels, but she makes a number of allegations about her. She accuses her of having slept with Lil Wayne, Drake, Gucci Mane, Trey Songz and Ebro Darden, and also threatens to leak a video of Nicki snorting cocaine ('I might leak the footage of you sniffing them ski slopes').

Remy picks Nicki up on disrespecting Miley Cyrus, Mariah Carey and Taylor Swift, says she uses ghostwriters on all her songs, and even suggests that she isn't that rich because her revenue is distributed across Wayne's label Young Money, and therefore Cash Money and also Republic. Plus, she claims that Nicki's ex Meek Mill told her that he and Nicki couldn't be intimate for three months because of complications from a butt implant surgery ('He couldn't f*** you for three months because your a** dropped/ Now I don't think y'all understand how bad her a** got').

She also goes on to accuse Nicki's brother Jelani Maraj of being a paedophile ('You paid for your brother's wedding? That's hella foul/ How you spending money to support a pedophile?). This was in reference to allegations that he raped a 12-year-old girl back in 2015. He maintains his innocence, but will be standing trial later this year.

Remy makes plenty of references to her own 6-year spell in jail, gloating about having shot someone and threatening to kill Nicki herself ('Now you gotta die, you dearly departed/ Blood bath, when I catch you, a real red carpet'). She also accuses Nicki of supporting her when she was first arrested and imprisoned, but claims she later told New York Daily News that 'her career's over' and 'she was kinda stupid' ('You was screaming "Free Remy" when I was upstate doomed/ But now that they freed Remy, you don't sing the same tune').

But what are the rap community's thoughts on the track? Ebro insisted he 'did not have sexual relations with that woman in any way' on his 'Ebro In The Morning' radio show. But things weren't as simple for Trey Songz who ended up in an argument with Nicki after Tweeting, 'Even when you stay out of the way they will have ya name all in some s**t. Wake up to new comedy everyday. Focus.' Nicki didn't think that was good enough a response and wrote back: 'Wut u SHOULD b saying is that it's not true, seeing as it's not. Real n****z do real things. I done gotchu 6 million plaques.'

The Remy-Nicki feud was first started back in 2007 when Nicki Minaj released the diss track 'Dirty Money' from her 'Playtime Is Over' mixtape, in which she included the rather ambiguous line 'Tell that b***h with the crown to run it like Chris Brown'. While Nicki never confirmed nor denied the track was about Remy Ma, the latter has always been certain it was.