Nicki Minaj says her underprivileged childhood has made her determined to be successful in her career. 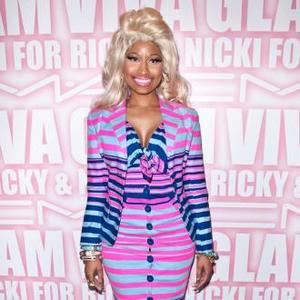 The 29-year-old singer had a tough childhood with an abusive father and grew up without a great deal of material possessions but the 'Starships' hitmaker believes her upbringing made her even more determined to be successful.

She said: ''In the business you have to be used to really having all The Doors closed. So when you have a childhood where you are used to being told 'no' and you're used to not being able to get the best Christmas gifts, you are accustomed to not always getting what you want. But then you become accustomed to working for it.

''I never want to go back to being poor. Once you have a taste of that you will always be driven. I know what that felt like and I don't want to feel it ever again. So yeah, I mean my childhood was crazy but it got me to the point where I had so much faith in whatever I was doing. I just always feel where there's a will there's a way and I live my entire life that way now.''

Nicki also believes her childhood has made her ''mentally strong'' enough to cope with the pressures of fame.

She said: ''If you are born with a silver spoon in your mouth and you come into this business you're going to get let down a lot. And it will probably send you crazy. This is only for the mentally strong. If you're not then it's not going to work.''