The 31 year-old music star could be transitioning into the acting world as she recently stated, "I am going on auditions and I'm trying to find the right role with the right director and the right writers." 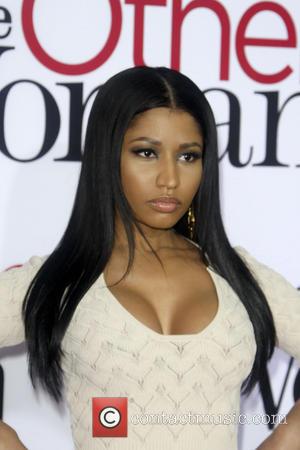 Minaj must have enjoyed acting in the newly released comedy 'The Other Woman', opposite Cameron Diaz, Leslie Mann and Kate Upton.

The 31 year-old music star recently revealed she wants to continue acting and her recent experience on a film-set has given her an idea of what is to be expected.

"It gave me an idea as to what the world would be like being on a set and being on a trailer for hours. And now that I know it's something I can do, I think I want to expand a role eventually," Nicki told MTV News.

"I am going on auditions and I'm trying to find the right role with the right director and the right writers," she added. "I want to be part of something from the beginning stage this time, and I want the role to be custom-made for me."

In 'The Other Woman' Minaj played the role of Nikki, the brassy assistant to Diaz's character Carly, who is a successful lawyer and in a stable relationship for the first time in months.

But when discovering her new boyfriend has a wife (Mann), and another mistress (Upton), the three betrayed women all team together to take down the lothario (Nikolaj Coster-Waldau).

Although the 'Super Bass' singer's role was only minor, it has given her the acting bug and she now really wants to show-off her multi-talents once again.

"And sometimes I think, maybe I could do X-Men or something."

'The Other Woman' hit theatres on April 25th.

Watch the trailer for 'The Other Girls' here