'Anaconda' star Nicki Minajj has confirmed she will be hosting and performing at the MTV European Music Awards in Glasgow on November 9. 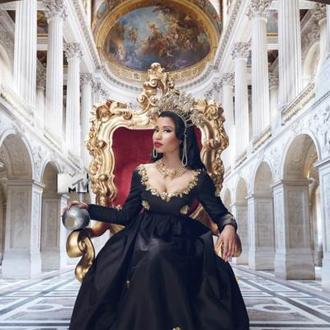 Nicki Minaj will host the MTV European Music Awards in Glasgow on November 9.

The 'Anaconda' hitmaker is set to lead fans through the 20th anniversary of the annual ceremony, while also performing at the show, and she couldn't be more thrilled by the honour.

Revealing the big news on Twitter and Instagram earlier today (30.09.14), she wrote: ''So excited to announce that I will not only perform, but I have the honorable task of HOSTING this year's MTV European Music Awards!!!!!!! AAAAAHHHHHHH!!!!!!!!!!! (sic)''

The show will take place on Sunday November 9 at the SSE Hydro in Glasgow for the first time ever, and it will be broadcast live at 9pm.

As well as her hosting and performing duties, Nicki will also be hoping to take home prizes of her own after being nominated in four categories ahead of the event.

As well as her signature style earning her a nod for Best Look, she is also competing for Best Female, Best Hip Hop and Biggest Fans awards.