Not a 'diss track', it's a hit where she disses Remy on it.

Forget what we said about Nicki Minaj staying silent on the Remy Ma front. Forget it all. She has finally decided to hit back at her rival in one of her three newly released tracks entitled 'No Frauds'. It comes alongside 'Regret In Your Tears' and 'Changed It'. 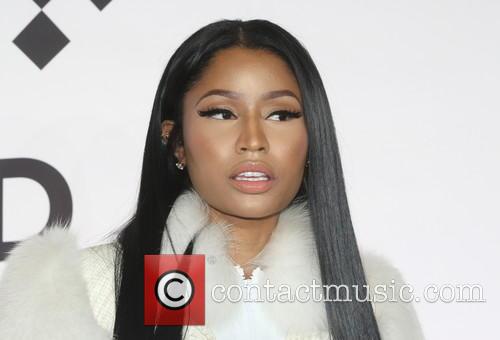 Nicki Minaj reigns with her new single 'Changed It'

There's something mildly disappointing about Nicki breaking her silence on the Remy feud; before it seemed like the jailbird was just not worth any of Nicki's thoughts let along her time. But, alas, this is the rap game, and she has at least clapped back with style.

Yesterday (March 9th 2017), Nicki unveiled her new single 'No Frauds' with Drake and Lil Wayne in which she addressed comments made by Remy in her diss tracks 'ShETHER' and its follow-up 'Another One'. 'You can't be Pablo if your work ain't sellin'/ What the f**k is this b***h inhalin'?' She raps in exasperation, and went on to counter-accuse Remy of using a ghostwriter, just as Remy did to Nicki ('Tried to drop "Another One", you was itchin' to scrap/ You exposed your ghostwriter, now you wish it was scrapped'). Plus, really adding fuel to the fire, she got personal with a direct remark about Remy's prison sentence ('What type of bum b***h shoot a friend over a rack?/ What type of mother leave her one son over a stack?').

It didn't stop there, however. Nicki also dropped two more singles: 'Regret In Your Tears' and 'Changed It' featuring Lil Wayne, with the latter also including a few anti-Remy comments. But if semi-ambiguous raps weren't enough for you, Nicki has also addressed Remy directly.

'Diss records can't be lies. Great diss records are FACTS', she wrote in an Instagram post. 'But here at Young Money, we don't do diss records, we drop HIT RECORDS and diss you ON them.'

She went on to explain away her unhurried response to Remy's torrent of hate, reminding us all that she's been way too busy being a huge part of Paris Fashion Week. 'The greats took 3 months to respond to diss records. Queens don't move on peasant time', she said. 'Queens shut down Paris, then drop hits on #QueenTime.'

More: Remy Ma claims the feud is over

In reference to Remy's claims that Nicki doesn't write her own songs, she claims that she's been doing it since she was 11-years-old. 'Stay in your bum a** place. Jealousy gets you nowhere', she continued, and even threw a wager into the mix. 'Now I got a countdown of my own for Sheneneh. You got 72 hours to drop a hit and I'll give you half a million dollars if you can book ANY show or interview without mentioning the Queen name.'

Remy's response so far? A quote from 'ShETHER' on Twitter: 'Are you dumb?'

#NoFrauds #FactsOnly ft @champagnepapi & @liltunechi #YoungMoneyTilTheDeathOfMe committing perjury #IGotB4andafterPicturesOfYourSurgery #StopSurgeryShamingB4IPostThem #Fraud diss records can't be lies. Great diss records are FACTS. But here @ Young Money, we don't do diss records, we drop HIT RECORDS & diss u ON them. I got a bunch more on cock. Pauz. The greats took 3 months to respond to diss records. Queens don't move on peasant time. Queens shut down Paris, then drop hits on #QueenTime. I love my fans. Y'all the real MVP's. Been writing my own raps since I was 11. GOD knows. Next week I'll beat Aretha for the most Hot 100 hits on billboard by ANY woman in the world EVER in the history of music. Stay in your bum ass place. Jealousy gets u no where. Love to all my bad btchs. Now I got a countdown of my own for Sheneneh. U got 72 hours to drop a hit and I'll give u half a million dollars if u can book ANY show or interview w/o mentioning the Queen name. On another note, my album is nothing but waves. Lol my babies, you're gonna get your complete LIFE. love u guys so fkn much. Let's go. #NoFrauds #ChangedIt #RegretInYourTears Reggie Martin and S/O to Lady Luck for spkn facts. They act like they didn't see her interview tho. Lol ????????

Nicki Minaj hit with ‘more anxiety’ since becoming a mum