Minaj will kick off Sunday night's awards ceremony with a live performance, despite her well-publicised complaints about the snub for her video 'Anaconda'.

Although she was very upset to be snubbed for her ‘Anaconda’ video earlier this month, Nicki Minaj has revealed that she’ll be opening the MTV Video Music Awards ceremony on Sunday evening with a live performance.

32 year old Minaj has performed twice before at the VMAs ceremony, but this is the first time she’ll open the evening. She’s fresh off the back of her sold-out Pinkprint Tour across the US.

She decided to tease her fans a little bit as part of her announcing the upcoming performance, posting a picture of what looked like a sonogram scan on Thursday evening (August 27th) – poking fun at those pregnancy rumours that have been doing the rounds this month. 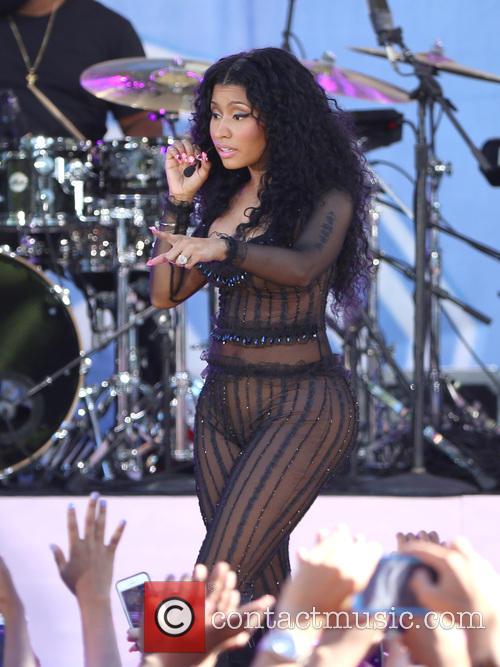 However, when fans looked more closely, they saw that Minaj was only “pregnant” with a miniature MTV Moonman award trophy.

Minaj’s opening slot was revealed just a few weeks after she had taken to Twitter to express her dismay at her ‘Anaconda’ video being overlooked for the evening’s most prestigious category, the Video of the Year.

Taylor Swift then thought that Minaj’s comments, about the rejection being an example of how mainstream media ignores the contributions of black women, was a veiled accusation against her, igniting a brief Twitter spat for which Swift subsequently apologised.

Minaj performed ‘Anaconda’ at the 2014 ceremony, providing one of the ceremony’s biggest talking points. Of course, the VMAs has been the scene of quite a few controversies over the years: the Madonna-Britney-Xtina three-way kiss in 2003, Kanye’s interruption of Taylor Swift’s acceptance speech in 2009, and the Robin Thicke-Miley Cyrus ‘twerkgate’ in 2013 being just some of the memorable things that have gone down at the annual awards show.

Expect more ‘OMG – did that really happen?’s on Sunday, people. Kanye West will be receiving the Michael Jackson Vanguard award, while other live performances will come from Justin Bieber, Pharrell Williams and Demi Lovato.