Rapper Nicki Minaj was hit in the lip by a man she was staying with at the Palomar Hotel in Dallas, Texas, on Monday night (11.07.11). 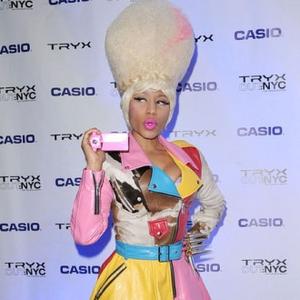 Nicki Minaj was struck in the face during an argument at a hotel.

The 'Check It Out' rapper - whose cousin was murdered earlier this month - was struck on the lower lip during the heated row with the man she was staying with at the Palomar Hotel in Dallas, Texas, on Monday night (11.07.11), according to TMZ.com.

Nicki told an employee at the complex to call the police and she later explained to the authorities the man had hit her when the fight continued inside her hotel room.

But the hip-hop star did not want to press charges against the mystery guy, who she told officers was not her boyfriend.

Nicki - who has been in Dallas supporting Britney Spears on her 'Femme Fatale' tour - did not appear to be affected by the hotel incident, writing on twitter: "Dallas!!!! U guys were amazing 2nite! Muah! Muah! Mmmuuuaaahhhh!!!! Thank u sooooo much!!! See ya tmrw Houston!!! (sic)"

Earlier this month, the 26-year-old music star was left devastated after her cousin Nicholas was killed in Brooklyn, New York.

She uploaded a picture of him on twitter and wrote: "Lived in Brooklyn his whole life. My precious cousin. My baby. Killed last nite. (sic)"

Nicki later added another snap of her relative and tweeted: "My cousin Nicholas. Also goes by Juse... Murdered. Last nite. Near his home. Brooklyn, NY. (sic)"