Nicki Minaj: Enya is one of my biggest influences

Nicki Minaj has revealed two tracks on her album are inspired by Irish musician Enya, and she hopes she can be as much of an inspiration for women as the 'Orinoco Flow' singer was for her. 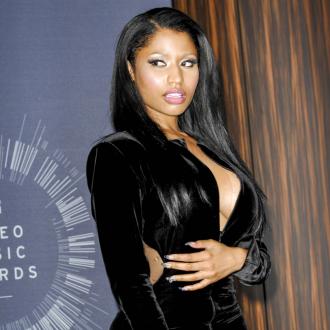 The 31-year-old rapper was a huge fan of the Irish musician as a youngster, and hopes she can influence as many women with her music as the 'Orinoco Flow' singer did.

She said ''One of my biggest [musical influences] is Enya.

''There are two records early in the album where the airiness and the whimsicalness remind me of Enya, and I sort of crafted it thinking about her and the way her music makes me feel.''

Her upcoming studio album 'The Pinkprint' will be released in December, and the 'Anaconda' hitmaker is hoping the LP and her outlook on life will a good example to her fans on how to live their life.

She explained: ''I always feel it's important for me to show females that they can be in charge of their own situation,

''I came into the game creating my own brand. I was doing things very early on that set me apart from people who just took orders and allowed their brand to be created for them.''

Nicki will co-host and perform at the MTV European Music Awards in Glasgow, Scotland on Sunday (09.11.14).