The hip-hop star uses rap to deny she has ever slept with her fellow record label recording artists.

Since Nicki Minaj first emerged onto the music scene as a Cash Money Records artist, there has been speculation on her close relationship with two of her record label's fellow artists, Drake and Lil Wayne, but in the newly released song 'Only,' the female rapper finally sets the record straight. 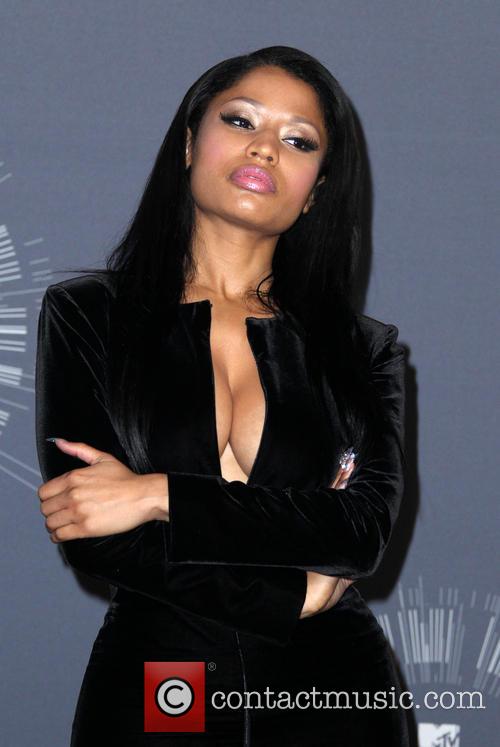 Minaj's latest single, which was released Tuesday (Oct 28th) and is from her forthcoming studio album 'The Pinkprint,' immediately addresses the rumours that claim he has had sexual relations with the two hip-hop stars.

"Yo, I never f--ked Wayne/ I never f--ked Drake/ On my life, man/ f--k's sake," she raps straight away. However, if Minaj ever would have sex with them she would "ménage with 'em and let 'em eat my ass like a cupcake."

To back up her claims, Drake is featured on the track and raps that he and the 31 year-old beauty have never hooked up, but doesn't rule out that it may happen in the future.

"I never f--ked Nicki cause she got a man/ But when that's over then I'm first in line/ And the other day in her Maybach/ I thought god damn, this is the perfect time/ We had just come from that video/ You know LA traffic, how the city slow/ She was sitting down on that big butt/ But I was still staring at the titties though." The verse ends with, "And Nicki if you ever tryna f--k/ Just give me the heads up so I can plan for it."

Weezy also has a verse in which he reiterates, "I never f--ked Nicki and that's f--ked up/ If I did f--k she'd be f--ked up/ Whoever is hittin' ain't hittin' it right/ Cause she actin' like she need d--k in her life/ That's another story, I'm no story teller."