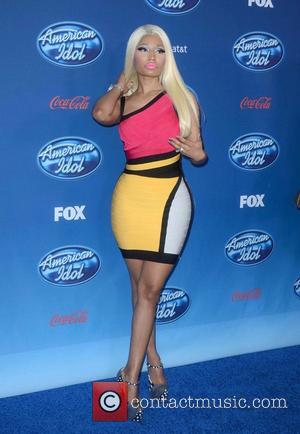 Nicki Minaj called charismatic American singer Kez Ban a "crazy psycho" on last night's Hollywood round, but, sort of, in a good way? The quirky singer sailed through to the next round, but not after a rollercoaster couple of hours during which she demanded her group sing California Dreaming by The Mamas and Papas from a list of 19 song choices.

"I only want one song on this list and I will fight for the death for it," she yelled, arguing, "I want to sing something that means something, everyone else will sing pop songs I want to sing something that means more than 'I'm in my car and I've got money and blah blah blah,' she said while making a vomiting motion. Her demands fell on deaf ears, with the other girls voting against her to sing The Ronnettes' Be My Baby. Kez, from Duram, North Carolina, left to get some food while the others rehearsed intensely.

It looked set to be car crash television, though the group came together nicely in front of the judges. Minaj said, "I think you all four are very special, and Kez Ban of course you know you are a crazy psycho and I love that,' said Pink Friday singer Minaj before all four judges shouted out a 'yes.'