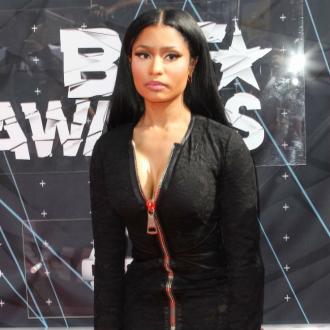 Nicki Minaj invited her mother Carol Maraj onstage as she led the winners at the 2015 BET Awards last night (28.06.15).

The 32-year-old rapper showed she hadn't forgotten her roots, as she personally thanked her mum while winning the award for Best Female Hip Hop Artist at the award show held at the Microsoft Theater in Los Angeles to celebrate the achievements of African Americans and other minorities in music and entertainment as well as sports.

Nicki said: ''I always talk about my mommy and this is the first time the world is going to see her. I love you so much.''

The 'Starships' hitmaker - who, along with Chris Brown, was the most nominated artist of the night with six nominations each - later also took home the Coca-Cola Viewers Choice Award, but had to ask Zendaya, who presented the award, what the actual category was as she went to collect it.

The night also saw P Diddy fall into a hole during his performance of 'It's All About The Benjamins (Remix)', in which he was joined by several artists, including Lil Kim, Faith Evans and French Montana for a medley of his greatest hits to celebrate the 20th anniversary of Bad Boy Records. However, he made a quick recovery and got up immediately.

Janet Jackson also had one of the most memorable appearances during the award show - hosted by Anthony Anderson and Tracee Ellis Rossas - as she received the inaugural Ultimate Icon: Music Dance Visual award.

A video montage of her greatest moments was shown, followed by live re-creations of her iconic dance routines from Ciara, Jason Derulo and Tinashe, and then Janet thanked fans in a speech.

VIDEO OF THE YEAR

VIDEO DIRECTOR OF THE YEAR

SPORTSWOMAN OF THE YEAR

SPORTSMAN OF THE YEAR

THE WEEKND - 'EARNED IT' (FROM THE 'FIFTY SHADES OF GREY' SOUNDTRACK)

Nicki Minaj hit with ‘more anxiety’ since becoming a mum