The hip-hop star shared another racy pic of her 'Anaconda' photo-shoot to deliver her fans the bad news.

Nicki Minaj managed to garner the attention of an undoubtedly enormous number of fans, mainly male, after unveiling some very revealing cover art for her new single 'Anaconda.' But for anyone interested in the actual song, they will have to wait a little longer. 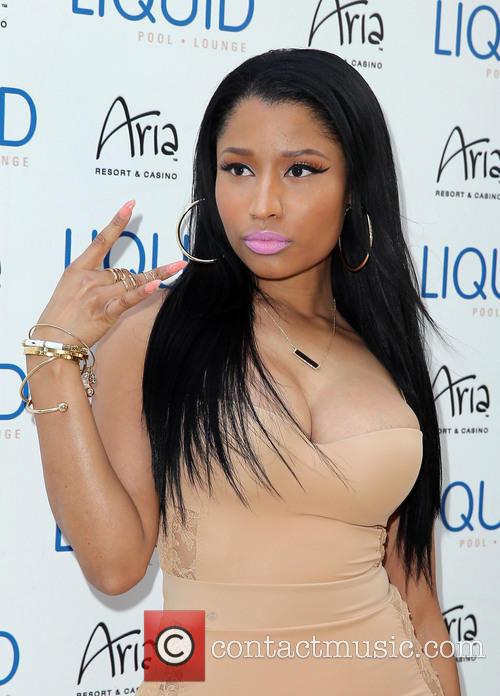 Minaj will be releasing 'Anaconda' a week later

The 31 year-old star was scheduled to release her upcoming track this Monday (July 28th), but for an unknown reason the release date has been pushed back a full week. However, as an apology for anyone excited to hear 'Anaconda,' Minaj took to Instagram to post another photo from her racy photo-shoot, which features a rather small pink G-string.

More: Did Nicki Minaj Try To Ignite A Feud With Iggy Azalea At BET Awards?

"My darlingz, I've pushed the release of Anaconda to next week, Monday 8/4," the caption read. "I promise you will understand why before the week is out. Loveeeeeeee uuuuuu."

This sexy snap features Minaj facing the camera while sporting the skimpy swimsuit, but the first photo attracted the most attention, good and bad, as it displayed her famous backside almost completely bare.

And one of the people who appreciated these saucy pics was none other than Katy Perry as she took to Twitter to tell her 54.8 million followers, "I wanna take a nap on dat pillow doe @NICKIMINAJ."

As for the minority of people who disapproved of Minaj's revealing pics, it is very unlikely that she will be addressing or apologizing the backlash if her recent BET Awards' acceptance speech is anything to go by.

When being honored with her fifth consecutive win for Best Female Hip Hop Artist last month, Minaj told the Los Angeles crowd, "It made me realize I don't care what anybody gotta say. I'ma do me, I'ma do me," before adding, "I really don't even care if I get my credit or if I don't. I don't look at myself as a female rapper, because I know what I do."