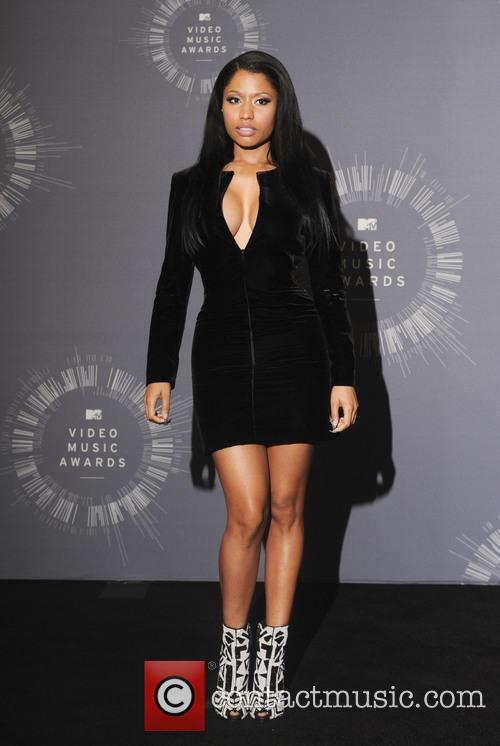 Nicki Minaj had a narrow miss when the dress she was wearing whilst performing on stage, alongside Ariana Grande and Jessie J, unzipped. Fortunately, she managed to catch the top in time and was forced to complete the rest of 'Bang Bang' holding it together. Whilst the 31-year-old singer appeared at the event wearing a short snake print dress, she changed into a skimpy green sequined bikini for her opening song of 'Anaconda' and then into the impractical black Yves Saint Laurent low cut LBD for her appearance alongside Grande and Jessie J. 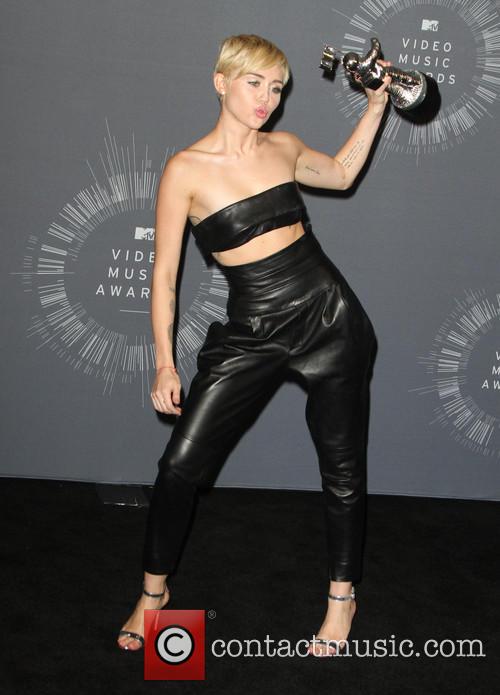 Miley Cyrus channelled the leather trend with a matching top and trouser set.

Fortunately Minaj was the only person - we spotted - to have suffered from a wardrobe malfunction. She was joined on the red carpet and in the press room by such celebrities as Miley Cyrus, Ed Sheeran, Sam Smith, Jennifer Lopez and Gwen Stefani.

Miley Cyrus posed in the press room after the event holding her award for Video of the Year which she had received for 'Wrecking Ball'. The 21-year-old was wearing a black leather bandeau crop top and matching high waist black leather trousers. Whilst Lorde, who had won the award for Rock Video, also chose black wearing a floor length velvet dress. 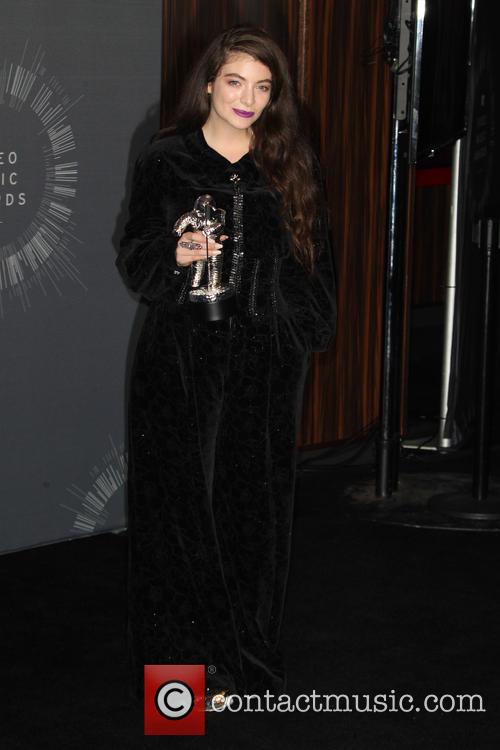 Lorde moved away from leather with her floorlength velvet dress.

Ed Sheeran was also at the event to accept the award for Best Male Video, beating off such competition as Sam Smith ('Stay With Me'), Eminem ('The Monster'), and John Legend ('All Of Me'). Sheeran was also up against Pharrell Williams (for his 'Happy' video) but one imagines it was less of a disappointment for Williams as he was actually featured on Sheeran's winning 'Sing' video. Redhaired Sheeran looked his usual laidback self in the press room, taking the opportunity to pose with Emil Nava. 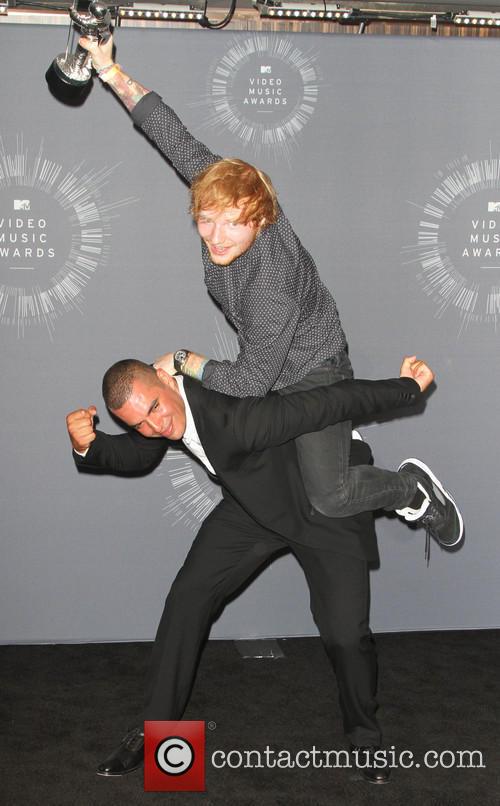 Ed Sheeran and Emil Nava in the press room with Sheeran holding his award for Best Male Video.

Members of the acting community were also present at the ceremony with Orange Is The New Black's Taylor Schilling, Laverne Cox and Uzo Aduba posing together in the press room. The leather theme was definitely present with Schilling's tight strapless dress mirroring Cyrus' top and trouser set. Vampire Diaries' Nina Dobrev also made an appearance with a black and orange dress - complete with leather around the waist - wearing her hair in a high ponytail. 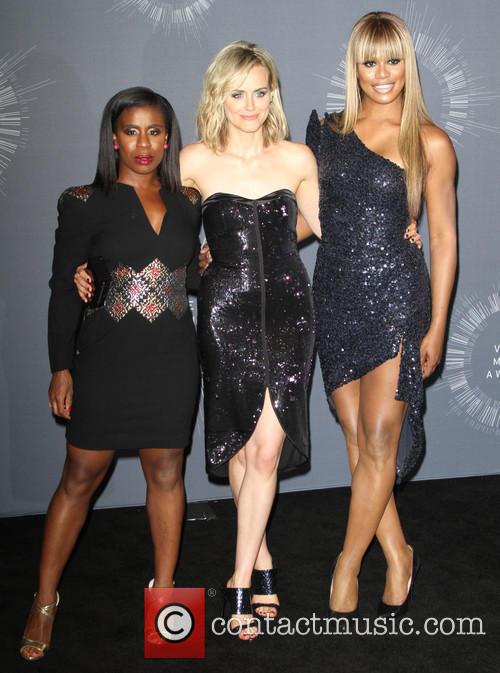 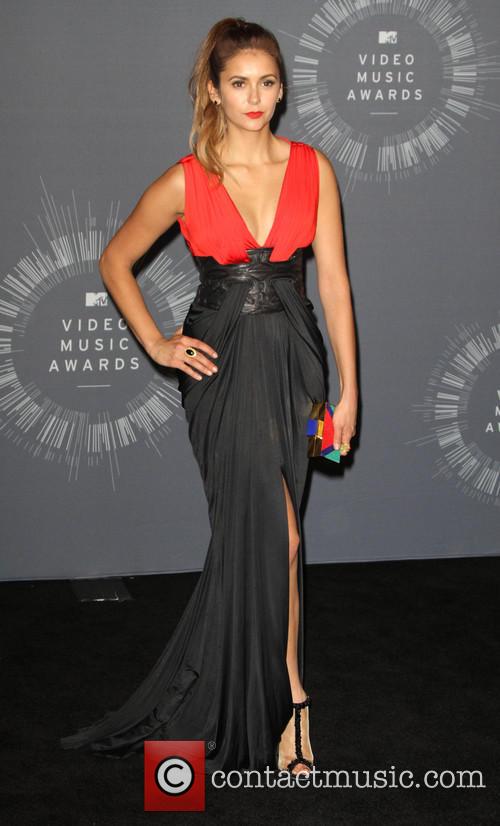