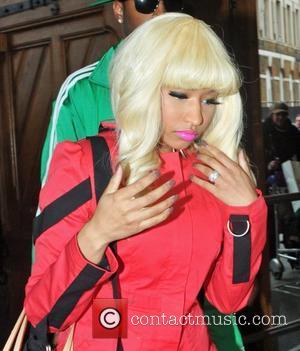 Rapper Nicki Minaj credits her older brother with bringing her "peace" as a child - because he protected her from their brutal father while they were growing up.
The Your Love hitmaker has previously revealed she suffered a troubled upbringing as she witnessed her mum being beaten at the hands of her dad, who battled drug addiction.
However, Minaj does have some happy memories from her childhood - and they're largely due to her sibling.
She tells Britain's The Sun, "All of my young and teenage early years we lived in fear that my mother would be killed by my father. It was ridiculous. My father was violent - physically and verbally.
"Once my older brother grew up he became the man of the house and started standing up to my father. That was the only time we had peace in my home, when we knew there was another male figure in the house and he could protect us."
But the star, whose parents are still together, admits she's a better person because of her difficult early life: "It made me tough. Of course it did. I am an emotional person, but I am a tough person. It was very tough emotionally for me to have a parent who was an alcoholic and a drug addict. I had a mum with no money.
"I will cry about something but I never let anything stop me. I can't be like my mum. I know I can cut ties and still make it."