Madame Tussauds has released a statement in which it promises to increase the security around Nicki Minaj’s waxwork.

A wax statue of Nicki Minaj in Madame Tussauds in Las Vegas has been the subject of controversy since it was put in pride of place in the visitor attraction in July. Whilst some have commented on the inappropriate position of Minaj’s statue (on all fours), further problems have arisen as some visitors have been posing in inappropriate and highly sexualised ways with the waxwork. Madame Tussauds has announced it is increasing security around the statue in order to prevent other inappropriate photographs being taken by visitors. 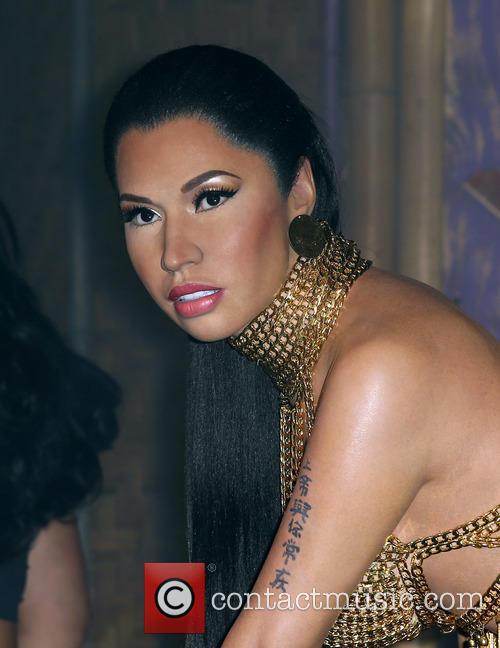 Madame Tussauds released a statement on Thursday (18th August) in which they apologised for the inappropriate way in which the statue had been used by some of their visitors and announced they would be increasing security around the waxwork.

“We have been made aware of the inappropriate photograph that was taken at Madame Tussauds Las Vegas, involving Nicki Minaj's new wax figure," a statement posted on Twitter reads.

"Madame Tussauds attractions are interactive, immersive experiences, and our visitors are generally respectful towards the wax figures. It is unfortunate that this visitor decided to behave so inappropriately and we apologise for any offence this has caused.”

“We are taking immediate steps to ensure more staff are present in this area and that the set around this particular figure is redesigned so that a picture like this cannot be taken again."

Minaj’s waxwork is positioned on all fours as she is seen in one scene in her music video for ‘Anaconda’. The video – and the song itself – have obvious sexual overtones so the museum was taking something of a risk by depicting Minaj in such a position.

As a result of the visitors’ inappropriate photographs, Madame Tussauds are reportedly rethinking how the statue should be presented. Speaking to Yahoo, a representative for Madame Tussauds also defended their decision to use ‘Anaconda’ as inspiration.

“We made the decision to celebrate Minaj’s unforgettable pose inspired by the 'Anaconda' video because - thanks to her artistry and charisma - it resulted as one of the most iconic videos ever produced,” the spokesperson said. “The pose itself recreates an image Minaj published on her own social media channels as a teaser for the video.”

As for Minaj, the 32-year-old singer has previously praised the wax work and referred to her appearance in the video it is derived from as ‘iconic’. However, since the life-like waxwork has been posed with in a variety of inappropriate positions, Minaj has expressed her displeasure including shaming one individual by posting a picture, in which he is seen with one hand planted on the statue’s backside, on Instagram.