A Coup For American Idol, But Is Nicki Minaj’s New Job A Boost For Hip-Hop? 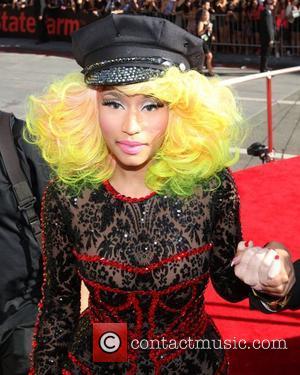 Nicki Minaj’s decision to join the American Idol judging panel will undoubtedly do wonders for her own career but will could other rappers expect the same success if they tried to pull a similar move? Wiz Khalifa told MTV News he could judge another singing competition, if Nicki can manage the Idol crowd. Some industry insiders seem to be in agreement, others aren’t so sure that Nicki’s latest career development will do much for hip-hop as a whole.

Karen Civil - author of her own blog and the woman in charge of running the social media accounts for the likes of Lil Wayne and Dr. Dre’s Beats By Dre headphone company – reckons that Wiz would do a good job of joining a TV talent show. “I can see Wiz hosting one of these shows,” said Karen, though she did add a cautionary comment, saying “even though he smokes a lot.” Karen also reckons that Nicki’s addition to American Idol is a double-win. As well as Nicki opening herself up to a new audience, Karen says “They need her, they need her audience, she's a very popular person and her fans are going to tune into everything that she does, so that equals viewership for them.”

Brian Miller of RapRadar.com isn’t so sure that Nicki’s success would translate so well to all rappers though. He makes the valid point that recent Nicki Minaj songs have had strong pop-crossover potential. Not all rappers have this. “I don't think Nas would ever get $8 million for judging someone in a hip-hop competition, you have to be a pop star to acquire that kind of money," he said. "If you're not in a pop lane, you're never going to ever get this kind of exposure or these kind of crossover looks.” And we’re inclined to agree.