Nick Offerman is taking on one of the greatest characters in American literature.

Nick Offerman, the actor best known for playing Ron Swanson on Parks and Recreation, is to play Ignatius J. Reilly from John Kennedy Toole's novel A Confederacy of Dunces. Offerman will lead a stage adaptation of the novel written by Jeffrey Hatcher. The production, which begins at the Huntington Theatre Company in Boston in November, follows the self-regarding Reilly who is also a colossal slob.

"I am simply tumescent at the prospect of assaying the beloved character of Ignatius J Reilly with our team of magnificent and weird artistic champions. It seems only fitting that I should follow seven seasons of Ron Swanson's beef with the pudding of Toole's corpulent fop," said Offerman in a statement.

More: Sundance: Me and Earl and the Dying Girl subject of ferocious bidding war

Offerman's star is on the rise. He recently appeared in the major comedies We're The Millers and the two Jump Street movies, as well as Me and Earl and the Dying Girl - the Sundance hit that was sold for several million dollars. Offerman also has a small role in the Terrence Malick movie Knight of Cups. Oh and he runs his own wood-working business - the Offerman Wood Shop.

Toole won a posthumous Pulitzer prize for A Confederacy of Dunces in 1981 and numerous movie adaptations have been in some sort of development. Stephen Fry was once commissioned to develop a screenplay, while Will Ferrell and Zach Galifianakis have been lined up to play Reilly.

John Kennedy Toole committed suicide in 1969 aged 31 after suffering from paranoia and depression. He also wrote The Neon Bible, after which Arcade Fire named their second album.

More: Me and Earl and the Dying Girl wins both major prizes at Sundance 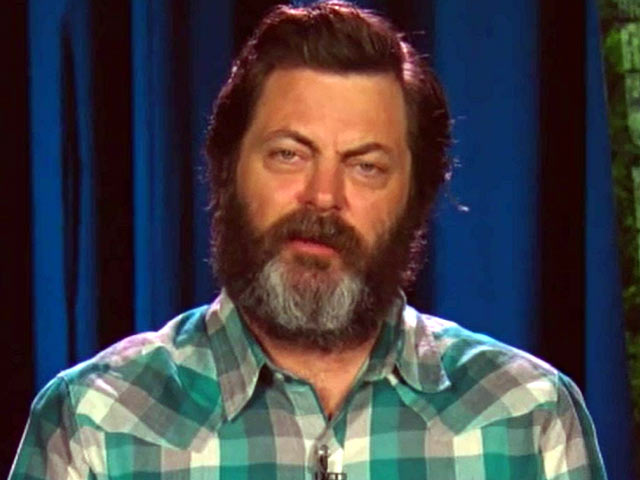