Ageing Actor Nick Nolte Struggled With The Strenuous Shoot For His New Hiking Movie A Walk In The Woods As He Battled Hip And Knee Problems. 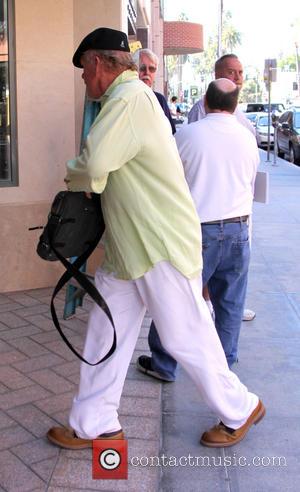 The adventure film, based on the 1998 memoir by author Bill Bryson, features Robert Redford as the travel writer, who reunites with his old pal Stephen Katz, played by Nolte, after 30 years to tackle the famous Appalachian Trail along America's East Coast.

The two Hollywood veterans attempted the scenic 2,200-mile (3,540.5-kilometre) trek for real, and Nolte admits that although he was excited to reteam with his The Company You Keep co-star, he didn't look forward to the physical aspect of the role.

He tells U.S. breakfast show Today, "I did know that (hike) was going to happen and I knew (Redford) was in shape. And I thought, 'That's great. I'm not in shape'. In fact, I was probably 50 pounds heavier (than I am now)."

However, Redford insists Nolte was the ultimate professional during filming and pressed on, despite his ailments.

He says, "It was pretty amazing. I know he was hurt - he had a bum hip and a bum knee, and we had to do a lot of walking and hiking and what was impressive to me was there was never any complaining."