Nick Lachey and Vanessa Minnillo keep the romance alive in their relationship by showering together twice a day. 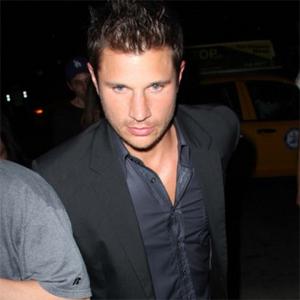 Nick Lachey and Vanessa Minnillo shower together twice a day.

The couple - who have been dating for four years - believe their washing ritual has brought them closer together and they love having deep conversations when they Bond in the bathroom.

Vanessa explained: "We shower, honestly, at least twice a day. We shower in the morning and we shower at some point during the day or before bed. It's so funny because we've turned it into an intimate time for each other.

"We both have our own shower heads so we just talk while we're soaping up and doing our hair. It's not a sexual thing and it's not a romantic thing, it just becomes an intimate thing.

"You're in your full form, so to speak, and you're vulnerable and we just both let our guard down. I've had some of my most intimate conversations with him in the shower."

Though Nick previously starred in his own reality show, 'Newlyweds', with former spouse Jessica Simpson, Vanessa insists she wouldn't want to join forces with a partner for a programme of their own, though she won't rule it out completely.

The 'True Beauty' host told Parade.com: "I think that a competition reality show is different than a reality show. I personally have no desire. Nick has done one before and he was very successful at it and whatever he chooses to do with his future I will support him 100 per cent.

"Me personally, I don't know. I think that there's something to be said for keeping intimate moments to yourself, but he said it best, 'You never can say never.' But I personally don't want to do one."