Beauty Queen Olivia Culpo Almost Passed Out In The Scorching Heat On The Emmy Awards Red Carpet On Sunday (20sep15), And Had To Be Escorted Away In A Wheelchair. 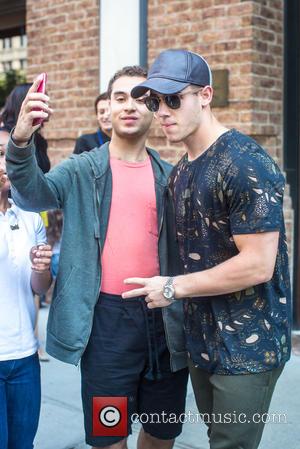 During the live broadcast, the cameras cut to a shot of Culpo and her co-hosts, as the former Miss USA collapsed.

Medics came to the rescue, and Culpo took to Twitter.com to post a photo of herself being taken away in a wheelchair.

She wrote the caption, "When u almost pass out on LIVE TV!", adding, "OMG it is SO HOT out here. Literally just almost passed out."