Former Jonas Brothers star Nick Jonas can understand how the ''pressure'' from being in One Direction made Zayn Malik quit the boy band. 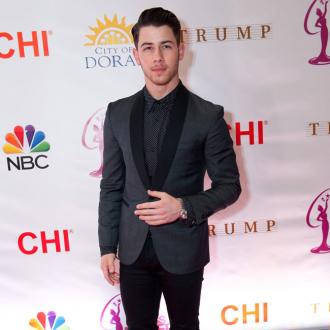 Nick Jonas understands why the ''pressure'' of fame made Zayn Malik quit One Direction.

The former Jonas Brothers member can relate to the difficulties caused by being in such a hugely successful group with such an intense fan base and why those difficulties made Zayn decide to leave 1D on Wednesday (25.03.15).

Nick is grateful he was in his band - which broke up in 2013 after eight years together - with his brothers Joe and Kevin, so no matter what happened with their career they knew their family bond came first.

In an interview with 'Entertainment Tonight', Nick said: ''It's a lot of pressure. I think that my situation was really unique, I had family with me. I feel like it is a tough world already, and I was thankful to have family and walk through it with them, but it's all about how you balance it, and trying to implement a few moments of normalcy and quietness in a really crazy ride.''

The 22-year-old musician has sent a message of support to Zayn, the rest of One Direction - Harry Styles, Niall Horan, Louis Tomlinson and Liam Payne - and the group's fans in the wake of Zayn's departure.

The 'Jealous' hitmaker added: ''I feel for the fans, and totally understand fame as well and what he's going through, all the best to all of them.''

Zayn, 22, revealed he decided to leave 1D after five years, during which time they became the biggest pop band in the world, because wants to live a more ''normal'' life.

In a statement, Zayn - who is engaged to Little Mix star Perrie Edwards - said: ''My life with One Direction has been more than I could ever have imagined. But, after five years, I feel like it is now the right time for me to leave the band. I'd like to apologise to the fans if I've let anyone down, but I have to do what feels right in my heart. I am leaving because I want to be a normal 22 year old who is able to relax and have some private time out of the spotlight. I know I have four friends for life in Louis, Liam, Harry and Niall. I know they will continue to be the best band in the world.''