Nick Jonas to propose to girlfriend

Nick Jonas is reportedly planning to propose to his girlfriend Olivia Culpo as he's keen to spend the rest of his life with her. 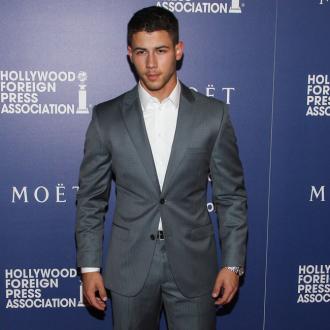 Nick Jonas is reportedly planning to propose to Olivia Culpo by the end of the year.

The former Jonas Brothers singer is keen to pop the question to the brunette beauty, 22, whom he has been dating since August 2013, before 2015 kicks in.

A source told the US' OK! Magazine: ''Nick has told everyone that he wants to spend the rest of his life with her. They are obsessed with each other and he has even said that he wants to ask her to marry him by the New Year!''

However, the hunky star, 22, already has a busy rest of the year ahead of him as he is to release his self-titled debut album on November 11, and his friends believe it is just the first of many for his blossoming solo career.

The source said: ''This [album] is just the beginning for Nick! He is on Cloud 9 right now.''

Meanwhile, Nick's pals are adamant he won't suffer the same consequences of fame as Amanda Bynes and Lindsay Lohan because he's more focused on his health and well-being since being diagnosed with Type 1 Diabetes at the age of just 13.

The insider explained: ''Nick is just way to grounded for that. He takes immaculate care of his health and he has to because of his condition.''