Nick Jonas claims parties with Taylor Swift involve ''a lot of tequila'' and are always good nights because they're all about ''celebrating friendship''. 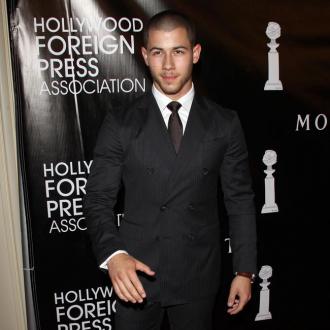 The 'Jealous' hitmaker revealed his musical pal is fond of the Mexican tipple and always drinks plenty of it when on nights out.

He said: ''Taylor Swift is great for a night out as it involves a lot of tequila. With her it's all about good friends and celebrating friendship, it's such a positive environment to be a part of. She's great.''

The 22-year-old singer has been heading out to more celebrity parties and clubs in recent years but insists he's just making up for lost time because he was too young while in family trio the Jonas Brothers and had to maintain a squeaky clean image.

He explained: ''I feel like I missed out on the early days of partying because I was in the Jonas Brothers but I'm definitely making up for it now.''

But his hedonistic spirit has since taken over and he recalled one particularly crazy night on which he spent a whopping £1,000 on shots.

He told The Sun newspaper: ''My wildest night was definitely when I went to a fraternity in Ohio. I spent about £1,000 on shots and ten people turned into 150 people. My head was spinning!''