Former Jonas Brothers star Nick Jonas has admitted he found it ''scary'' going solo and releasing music on his own. 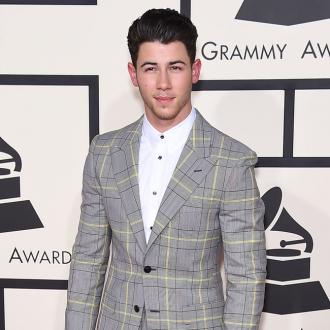 The 'Jealous' hitmaker has had international success since releasing his first solo offerings but he has admitted he found it more daunting than when he was in the Jonas Brothers with siblings Kevin and Joe.

He said: ''It's been a crazy year-and-a-half, a lot of really special experiences and things that even in my eight year journey with my brothers that I never experienced, that I'm experiencing now.

''And just seeing the people connect with the music that I made, you know, I took a chance and stepped out on my own and tried to do something different, which is always scary.''

However, despite his initial nerves, the 22-year-old singer is glad he was able to ''connect'' with his fans.

Speaking to Kit Hoover on Friday's Access Hollywood Live, he added: ''But I really feel like in kind of just being authentic and true to what was relevant to me and what I want to talk about, it connected with people.

''And between 'Jealous' and 'Chains' and now a new song, 'Good Things' with Sage The Gemini,' it's fun. I'm just really thrilled with how it's all gone.''