Nick Jonas isn't keen on the idea of having a mini Jonas Brothers reunion with his sibling Joe, who has his own band DNCE now. 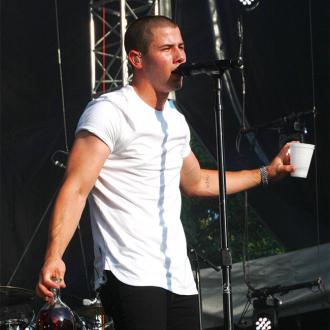 Nick Jonas is ''not sure'' if he will collaborate with his brother Joe's new band DNCE.

The 'Levels' hitmaker - who found fame in The Jonas Brothers with siblings Kevin and Joe - doesn't appear too keen on the idea of a mini reunion with his sibling because he thinks it's ''important'' for them to spend time apart to be ''excited'' for their individual projects.

Asked if he sees them joining forces musically in the future, he told Entertainment Weekly: ''As far as collaborations, I'm not sure. It's important for both of us to support each other and be excited for each other, but give each other that space as well to do our own thing. We're both conscious of that. We want [to] win together, even if it's doing different projects.''

Meanwhile, the 22-year-old singer revealed details of his sophomore record and that he thinks lead single 'Levels' is a ''good introduction'' to the sound of the album, which he has been ''digging deep'' into different influences for.

He said: ''Levels' is a good introduction to the next step. I think [the album will] go even a bit further with some more soul and R&B sounds, even hip hop influences in there. I'm really just digging deep.''

And on when to expect his LP he hinted that it could be released early next year.

He added: ''We have not picked a date officially yet, but we have a sense. It's going to be at some point early next year, so probably the end of February or early March.''