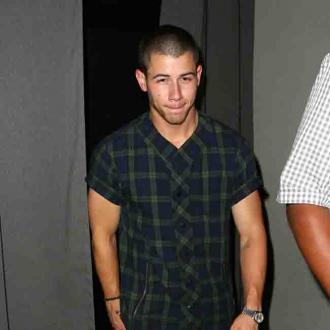 The 23-year-old heartthrob gushed about baby Alena - the 19-month-old daughter of his eldest brother Kevin Jonas and wife Danielle - however, it seems the tot has already developed a less than flattering nickname for him.

Speaking to PEOPLE.com, Nick said: ''I'm having such a great time with this beautiful little girl.

''We like to walk through a toy store and I buy her whatever she wants. She is so sweet. She calls me Uncle Geek because she can't yet say Nick!''

The 'Levels' singer is often touring, as well as acting in shows such as 'Scream Queens', so he doesn't get to see little Alena often. But when he does, he can't help but spoil her.

He said: ''I am not around that much because of career demands, but when I get the chance to see Alena, I do like to spoil her. It's so much fun!''

As far as having his own children, the 'Jealous' hitmaker - who split from girlfriend Olivia Culpo earlier this year - is in no rush to give Alena a little cousin.

He added: ''I would like to have kids, but I'm not ready yet. It's a beautiful time in my life right now. I am growing. I'm experiencing the next chapter.''