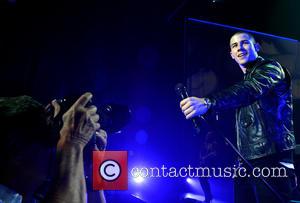 The singer, along with older siblings Joe and Kevin, announced they were ending the immensely popular boyband two years ago, much to the dismay of their fans around the world.

Nick, now 23, admits he was at a loss as to what his next move should be, especially without the comfort of his brothers by his side.

In wasn't until he was hired for U.S. TV drama Kingdom that the tide shifted for Nick, and he has been busy working on both his acting and solo music career ever since.

"Before Kingdom, at 21, it wasn't a good spot, to feel sort of washed up," he said in a webseries from Live Nation TV. "It's a horrible feeling. But it's a question probably a lot of 22 year olds coming out of college ask themselves: What am I doing next? Everyone has a reason they fight."