Nick Jonas is certainly a committed investor as he helped deliver alcohol for his new company, Saucey, and entertained a few fans along the way.

Nick Jonas gatecrashed a number of house parties in Los Angeles on Friday (27th March) when he helped deliver alcohol and other party supplies through an app called Saucey. Jonas is an investor in Saucey, the West Hollywood based company which promises to deliver alcohol in 20-40 minutes. Jonas made 10 deliveries over the course of the evening and even stopped at some of the parties to share a drink and sing for the customers. 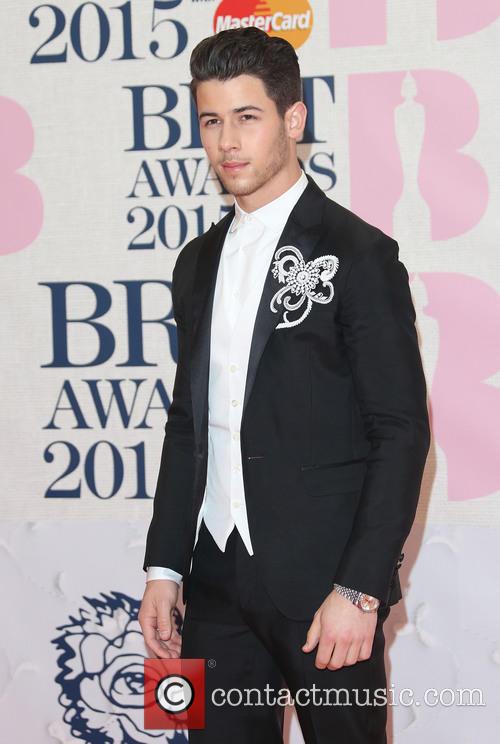 Jonas teased there were treats in store for Saucey customers ordering drinks on Twitter, hours before he headed out to deliver the goods. "Surprises in store tonight for the greater Los Angeles area tonight," 22-year-old Jonas tweeted.

A number of the happy customers shared moments from the night on social media. Jonas did shots at one house party and shared wine with two other customers. Fortunately, Jonas wasn't driving as a Saucey delivery driver was his designated driver for the evening, as E! reports.

"Nick Jonas just casually playing "Jealous" for me. After we shared a bottle of wine. I S THIS LIFE????? Thank you Saucey, Nick, and the universe," one customer captioned a photograph in which she is pictured watching Jonas strum away on an acoustic guitar.

Another described herself as "speechless", adding: "Nick Jonas in our apartment, delivering me wine and singing me songs. My life has been made."

Jonas is not the only celebrity to have attended an event uninvited this week. Ed Sheeran gatecrashed the wedding of an Australian couple and sang 'Thinking Out Loud' as they danced their first dance.

[email protected] Nick Jonas just casually playing "Jealous" for me. After we shared a bottle of wine. I S THIS LIFE????? Thank you Saucey, Nick, and the universe. #nickjonas #life

[email protected]_m26 speechless. Nick Jonas in our apartment, delivering me wine and singing me songs. My life has been made. @sauceyapp