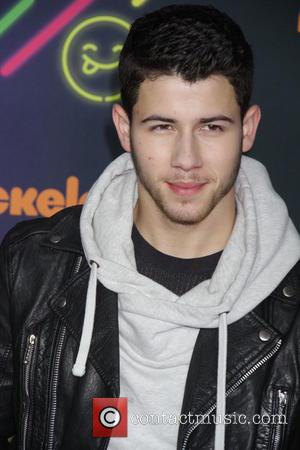 Picture: Nick Jonas - Photo's from an award ceremony which recognises four teenagers who are helping and leading others, the Nickelodeon HALO Awards were held at...

Singer Nick Jonas took to the New York City subway for his latest gig as he busked in Manhattan on Sunday (16Nov14).

The former Jonas Brothers star made the West Fourth Street station platform his stage for the surprise performance.

Jonas, who released his second self-titled album last Tuesday (11Nov14), played guitar along with a pal as he sang tracks from the record, including Chains and Jealous for shocked commuters.

Another friend was filming the impromptu performance.