Too Old To Be Relevant?: Nick Grimshaw On Robbie Williams 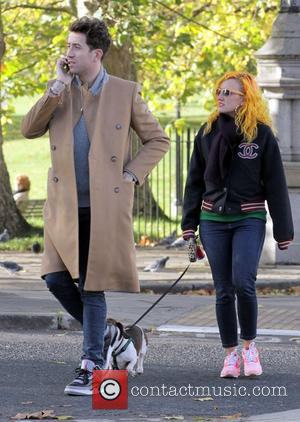 Robbie Williams might be at number one in the UK Top 40 singles chart with ‘Candy’, but Radio One DJ Nick Grimshaw thinks the former Take That singer is too old to be relevant to young people any more. His comments come on the back of the news that ‘Candy’ was not deemed appropriate for BBC Radio One’s playlist.

5 News have reported that Nick said “I don't know if he's now for a Radio 1 audience. I've never listened to a Robbie Williams song but I really like him. To 13 and 14-year-olds he's not relevant... they've got One Direction. I liked Take That when I was little, but I'm not little anymore.” Today (November 5, 2012), though, Nick did play Robbie’s new song on his breakfast radio show and said “I quite like the new song” but he doesn’t seem to think that Williams is young enough to connect with the youth of today. Presumably it was all grown-up adults buying the many thousands of copies of ‘Candy’ that took it to number one, making it the fastest selling single by a male artist this year, then?

‘Candy’ was reportedly deemed unsuitable for the Radio One playlist, as it did not connect with the station’s 15 – 29 demographic.

Is Robbie still relevant? Watch the video for 'Candy' and make up your own mind...