Brian Freedman Is Against Nick Grimshaw Joining 'The X-Factor'

Is Nick Grimshaw the right man for the X-Factor? Not according to Brian Friedman.

Quotes from former X-Factor judge Louis Walsh this week indicate that the Irish music manager has been replaced by Radio 1 judge Nick Grimshaw on the singing contest, though the decision is already causing dismay amongst senior ranks on the show. 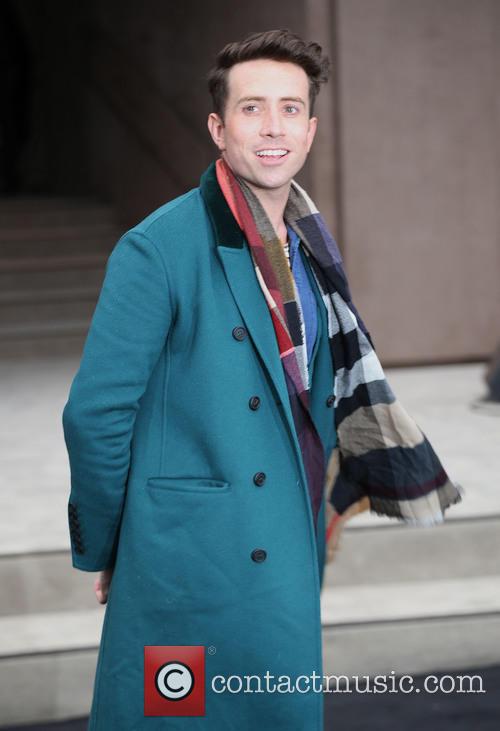 Nick Grimshaw could be joining The X-Factor as a judge, though Brian Friedman isn't so sure

Brian Friedman, the long-time X-Factor choreographer who has been tipped for the judging panel himself, says Grimshaw doesn't have the experience to mentor the singing hopefuls.

"He isn't a musical artist so I'm not sure what coaching he'd be able to give the contestants," he told the Sun when asked of Grimshaw's suitability. "The criteria should be an amazing management type or successful artist."

Walsh has tipped Grimshaw to join the panel while Simon Cowell has gone on record as saying the breakfast DJ was "in mind".

Meanwhile, Grimshaw told Alan Carr on Chatty Man that he didn't know whether he was a serious contender for the role, saying, "I saw this week they were like, Dolly Parton. Who will it be, Nick Grimshaw or Dolly Parton? Obviously give it to Dolly - although I would love to do it."

"I've not talked to Simon about it but it's something that I would love to do... [and] no, I haven't talked to a producer."

Radio figures this week showed that Grimshaw's audience has fallen to its lowest total since he took over the morning show on Radio 1, however, controller Ben Cooper said the DJ was "keeping his young audience happy and scaring off the over-30s."

The X-Factor is to air its new series in August, with Caroline Flack and Olly Murs taking on presenting duties following the departure of Dermot O'Leary.