Grimshaw appeared as usual on Tuesday morning to explain the accident, which had happened the night before as he drove home.

BBC Radio 1 DJ Nick Grimshaw reassured fans he was “absolutely fine” after he rolled his £80,000 Mercedes while apparently swerving to avoid a stray cat.

The 32 year old DJ and former ‘X Factor’ judge was driving on a residential street in Stoke Newington where he lives, when he suddenly hit the brakes to avoid hitting the cat, clipping another parked vehicle in the street in the process and rolling his Mercedes onto its roof. He was unharmed, as the accident took place while he was driving at under 15 miles per hour. 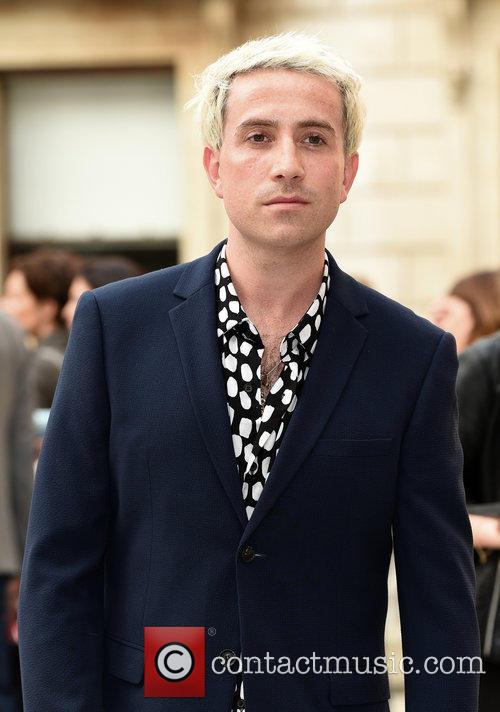 “Yep, the car went upside down. I’m absolutely fine,” Grimshaw said on Tuesday morning (August 23rd) as he hosted his breakfast show as per usual. “I turned out of my house… my car flipped over and went over on its side. People were like 'you can't have been doing 15 miles per hour'… I was, that's how embarrassing this was.”

Initially, Grimshaw had sent a tweet the night before assuring fans he was okay, but went into more detail the following morning as he presented his show.

More: Louis Walsh lambasts Rita Ora’s stint on ‘The X Factor’; Nick Grimshaw jokes she got them both fired

“I came out of my street, turned right, saw quite a large ginger cat. I was like 'oh no, a cat'. Rather than killing the cat I drove into a car. The car that I hit made my car tip over. The woman's car is absolutely fine… she needs a new wheel arch, which I guess I'm paying for.”

had an accident in the car but all ok - shout out to all my lovely neighbours for helping out ??? see u in the morning....I'll er get a cab

The cat, happily, was completely unharmed and was totally relaxed as the police and fire brigade showed up to the scene.

“I kept thinking have I avoided that cat and now flattened it? All I could think was 'is this cat as flat as a pancake under this car'? It was really giving me anxiety. The police had to come, the fire engines had to come, every neighbour in the street was out.”

“The cat's fine. It sat there for the full two hours while I was out in the street. The cat met the police, the cat met the fire brigade, the cat watched me make a call to insurance to organise someone to pick the car up.”