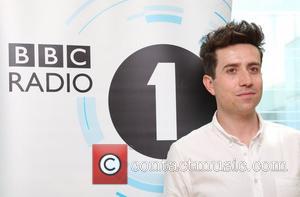 Nick Grimshaw made his debut in the Radio 1 breakfast slot on Monday morning (September 24, 2012) and went down particularly well with the younger generation, it seems. Though the Manchester-born DJ was a surprise choice to take over from Chris Moyles, his penchant for playing contemporary rock and pop records instead of relying on too much on-air chatter appeared to get the thumbs up from younger listeners.

One man who has never hidden his desire to host the breakfast show is fellow Radio 1 DJ Scott Mills, who may have felt a little hard done by not to snag the coveted spot. In a recent interview, he told Digital Spy, “In 2007 [a paper] printed that Moyles was being sacked and I was gonna take over. Of course it wasn't true, but I think if that had happened then I would have been really pissed off if I hadn't got the show, because I was next in line for it.” When pushed as to whether he would have taken the role now, Mills seemed a little unconvincing, saying, “I don't think I would wanna do it now, I honestly don't. I think the time has gone. I think there was a time period of about two, three, four years when I would have been bang up for it - that time is not now.” Hmm. Nevertheless, Mills seems genuinely pleased for Grimshaw, saying, “Someone like Grimmy is what they need. It makes a statement. I'm just pleased to still be on there and I love it so much still, but do I think I've missed the boat on this one? Not really.”