Captain Pugwash is coming to the big screen, to be played by 'Hot Fuzz' star Nick Frost.

British actor Nick Frost is to play children’s television character Captain Pugwash in a new live-action movie, the first full-length feature film to have been spawned from the small-screen cartoon series.

A release date hasn’t yet been announced for the project, and further casting news is still set to come, but comedian Frost will be portraying the lovable cowardly pirate in a live-action film that will simply be titled Pugwash. Production will commence on the film in 2018, and it is also mooted to star Lock, Stock & Two Smoking Barrels star Jason Flemyng. 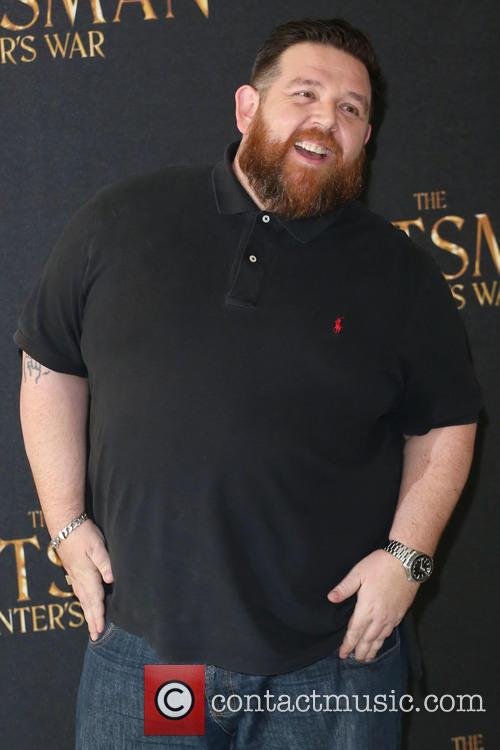 “Nick just has funny bones and he's perfect to bring our pompous, cowardly, pugnacious, fun-loving hero to life. What's more I know he wants to give the role a really fresh, modern spin,” said the movie’s producer Elliot Jenkins in a statement on Friday (May 19th).

45 year old Frost said in his own statement: “Besides Winston Churchill and Henry VIII, Captain Horatio Pugwash seems like a role I was born to play. I cannot wait to get going.”

Frost, of course, is best known for his creative partnership with fellow British comedian Simon Pegg. They starred in Channel 4 cult favourite show ‘Spaced’ with director Edgar Wright, teaming up again for the so-called ‘Cornetto Trilogy’ of Shaun of the Dead, Hot Fuzz and The World’s End.

“Today's audiences are going to love our funny, fresh, indie take on Pugwash,” said the project’s co-producer Justin Johnson. “It will be as if Peter Cook had run into Blackadder at a party, had a few too many rums and set off on a mad voyage together… In fact a lot of the time we think it will be adults who will be dragging their kids along to see what we've made of their childhood hero.”

First created by John Ryan, Captain Pugwash initially appeared as a character in a comic strip for ‘The Eagle’ in 1950, before becoming a series of short black-and-white cartoons that were broadcast on the BBC from 1957 to 1966. It was then revived in colour for a second run of episodes in 1974.

More: Bigots are going out of their way to shut down live-action ‘Beauty and the Beast’ screenings