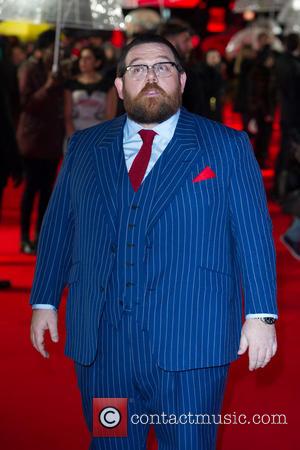 The romantic comedy, which hits cinemas in the U.K. later this month (Feb14), features the Shaun of the Dead star as an engineer whose obsession with his female boss reignites his previous passion for dancing.

Frost dreaded the physical aspects of filming because he is so self-conscious he even tried to escape dancing with his new wife at his wedding, but he was determined to overcome his hang-up for the movie.

He tells U.K. talk show host Graham Norton, "I trained for seven hours a day, seven days a week because I wanted to be able to dance. I like to dance but I don't like people to watch me. I ruined my wedding by not really wanting to dance with my wife because everyone gathered round... It is actually annoying to be asked to dance because it was for a part. If I had played a murderer, no one would ask me to kill someone!"