Out Now - US Album Releases - Quality Return For Nick Cave And The Bad Seeds, No Need For Guilt With Buckcherry's Confessions, Get Funked Up With Jamie Lidell

Push the Sky Away, the new album from Nick Cave and the Bad Seeds, is perhaps the most significant album of this week. It’s the first release from the band since Dig Lazarus Dig! which landed five years ago. Cave hasn’t been entirely out of the picture, of course. He’s still been releasing music with his other band, Grinderman and writing movie scores, too. But it’s the Bad Seeds, the band with whom he has collaborated and performed since 1984 admittedly with varying line-ups) that Cave fans always want to see back on the stage and with a new album on the shelves.

Push The Sky Away does not disappoint and has garnered great reviews, so far. Cave no longer resides in his home country of Australia but in the seaside town of Brighton, in England and the British music press well and truly consider Cave to be one of their own. This week marks the fifteenth album release from Nick Cave and the Bad Seeds and the quality of the band’s raw and grandiose songs shows no signs of dwindling.

Confessions is the sixth album release from Buckcherry – the Los Angeles rockers who seem to be perennially on the verge of a major breakthrough. One of life’s traditional rock and roll bands, Buckcherry take their cues from the likes of Motley Crue and Guns N Roses. Their last album, All Night Long peaked at number 10 in the US charts and reached 7 in Canada. With a major US tour coming up to accompany the album release, Confessions will go down well with fans of a spot of leather-clad, classic rock and roll.

Watch a 2012 interview with Buckcherry

When Jamie Lidell released Multiply on Warp, back in 2005, its release was accompanied by the sound of several thousand jaws hitting the floor, as listeners marvelled as his skilful manipulation of loop technology (made all the more impressive if you ever caught him playing live). Since then, the hype has died down, but Jamie Lidell has not gone away and returns with his fourth studio album proper for Warp, entitled, quite simply, Jamie Lidell. Before making this album, Jamie moved to Nashville, Tennessee, where he cosied up with a collection of analogue synths and rediscovered his love of ‘80s funk (though we suspect he never really un-discovered’ it).

Lidell may never recapture the enthusiastic response that he managed with Multiply, but his innovative approach still gets a thumbs up from the majority of critics and led NOW magazine to describe it as “the album we’ve been waiting for.” 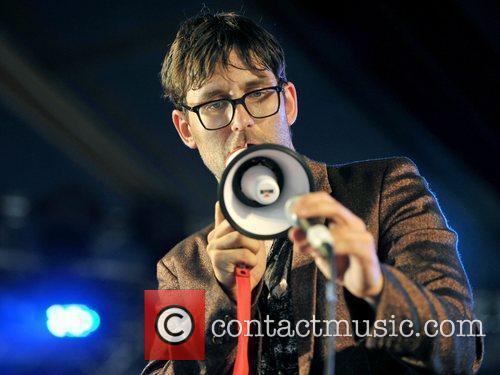 Beach Fossils release their second album, Clash The Truth on hipper-than-thou label Captured Tracks. The band started out as a solo recording project for Dustin Payseur but soon evolved into a fully-fledged band. Beach Fossils are typical of Captured Tracks’ roster of shoegaze / dream pop bands, and Clash The Truth is rife with echoing, chiming guitars, but sees the band develop a punchier edge, with more of a kick than they displayed on their debut album.