Nick Cave Visits Cliff Where Son Plunged To His Death

Rocker Nick Cave And His Family Have Paid A Somber Visit To The English Cliff Side Where His Teenage Son Fell To His Death On Tuesday (14jul15). 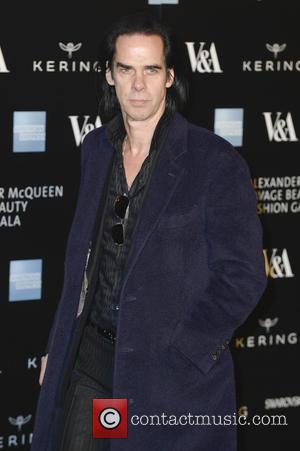 Arthur Cave, 15, was found with life threatening injuries by members of the public at the bottom of the cliff at Ovingdean Gap in East Sussex on Tuesday evening. He was transported by ambulance to the Royal Sussex County Hospital in Brighton, where he was later pronounced dead.

The Bad Seeds singer and his wife Susie Bick, who live in East Sussex, subsequently issued a statement about the tragedy, calling their son a "beautiful, happy loving boy".

On Wednesday (15Jul15), Cave and Bick were photographed arriving at Ovingdean Gap with Arthur's twin brother, Earl, to view the flower tributes and messages of condolence left by the teen's friends.

Earl also left his own bouquet at the site, with a touching note which reads: "Arthur - I love you so much. You were a joy to be around and I will never forget you. You were the best brother I could ever ask for."

Meanwhile, Arthur's best friend, Ed Bucknall, admits he is dumbfounded by his pal's death, telling Britain's Daily Mail, "He was my best friend... He was one of the nicest guys you could meet, he was so funny and just so much fun. He never said a bad word about anyone.

"He loved skating, we always used to skate together. And now we can't. I'm devastated, I can't even explain it - I'm just broken. I've been distraught ever since I heard. I was with his brother Earl when I heard and I went and saw their dad.

"I'm not sure what Arthur was doing at the time; I have no idea how he would have fallen. He was just such a nice guy, you couldn't have asked for a nicer mate."

Police have launched an investigation into the incident, but are not treating Arthur's death as suspicious.

It's not the first time rocker Cave has faced a family tragedy - his father was killed in a car crash when the singer was just 19.