Plans for an "oversized" statue of Cave riding a rearing horse, to be placed in his hometown of Warracknabeal, have been in various stages of completion since the Nineties.

Long standing rumours that a statue of rock icon Nick Cave will be erected in his Australian hometown look like they might be realised, according to latest reports.

Cave, the chief songwriter and leader of his long-running band The Bad Seeds and who has released 16 studio albums with them, was born in the small town of Warracknabeal, in the Australian state of Victoria, in September 1957, where he lived as a young child before moving to the slightly bigger town of Wangaratta.

As such, he’s by the far the most famous person to come from Warracknabeal, which has a population of under 3,000. Locals are now hopeful that a long-standing project to honour Cave by building a “larger than life” statue will at last come to fruition, after more than two decades in the planning. 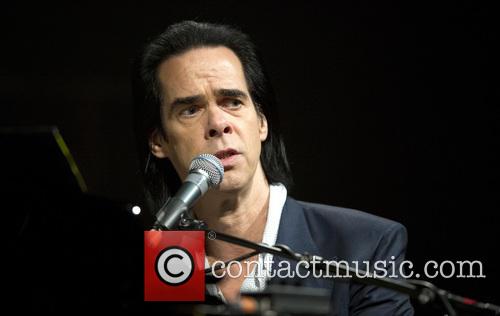 Is there to be a Nick Cave statue?

Blueprints for an oversized bronze Cave effigy, mounted on a rearing horse and naked save for a loincloth and holding a flaming torch, have been in existence since the 1990s. The singer himself has reputedly described it as “a rather beautiful piece of homo-erotic art”.

Now, a Cave fan named Peter Loy plans to crowdfund a campaign to raise $200,000 with the support of his colleagues on the Warracknabeal Arts Council.

Corin Johnson, the statue’s original architect, told The Guardian that the idea first came in the Nineties and was raised by former Bad Seeds manager Rayner Jesson as a joke, initially.

“We started talking about doing a statue of Nick on a horse, a bit Ned Kelly style but without the helmet,” he admitted. “I think Nick was working on the screenplay for The Proposition [his 2005 film] at the time… so a bit of that vibe going on. The design changed a couple of times… There was a lot of humour involved.”

The town has been playing up its connection to Cave in recent years in order to drive interest in tourism.

“It’s the first time the project has had the green light,” Johnson continued. “Everything seems to be right this time. We’ve been in touch with the local bronze foundry and they are confident that they can do the cast and there’s quite a group of supporters of project in Warracknabeal. I’m totally behind it too and am looking forward to sculpting over life-size version. I have spoken to Nick about the current push and he’s very happy about the whole scenario.”