Cave and his long-time backing band are apparently in Los Angeles recording their 17th studio album.

Nick Cave & The Bad Seeds are in the studio recording a new album.

Coming off the back of a period of heavy touring, which continued right into this summer, Cave and his backing band have headed straight into the studio in Los Angeles to commence work on a new album, which would be the band’s 17th.

Cave’s wife, Susie Bick, confirmed the development in her blog The Vampire’s Wife this week, and said that the collection could be described as “fever songs”, as they were written as the songwriter was battling a bout of flu recently.

“He is not here. He is in L.A. making a new record”, Bick said. “Some of his songs reveal themselves at night in his fever dreams. They are his Fever Songs. What lovely jobs we have.” 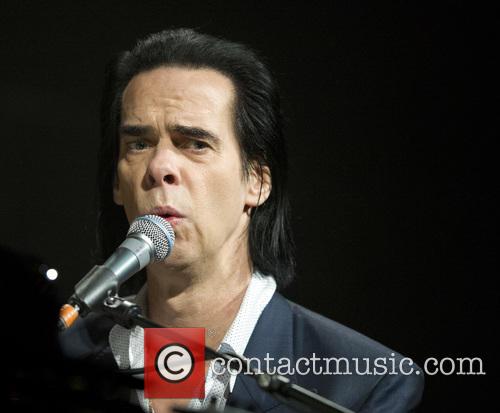 No word, however, on how far the process has gotten and when the putative record might be released. Still, fantastic news for Bad Seeds fans!

It would be a follow-up to the wildly critically acclaimed Skeleton Tree released in 2016, a record which followed the tragic death of Cave's 15 year old son Arthur in 2015.

More: Plans for a statue of Nick Cave in his hometown in Australia move closer

It comes less than a month after the sad news broke that former Bad Seeds member, pianist Conway Savage, passed away at the age of 58 in early September, having been diagnosed with a brain tumour in 2017.

Savage had joined the Bad Seeds back in 1990, and was a permanent member of the group up till and including 2013’s Push The Sky Away.

Nick Cave & The Bad Seeds’ recent world tour recently took in an epic performance at London’s All Points East Festival in Victoria Park in early June, as well as a summer of European festival shows.

“For this tour, we’ve been rehearsing loads of ‘new old songs’. It remains to be seen, but we always try to have a few surprises”, drummer Jim Sclavunos said about the show and the recent tour. “There’s at least one song there that we’ve never done live. There’s always a spontaneity to us. I’ve been playing in the band since 1994 and we’ve played a lot.”