Nick Cave began a new chapter in the life of his groundbreaking band The Bad Seeds when he released 'Push The Sky Away', his most exquisitely crafted album up until that point

Push The Sky Away, the fifteenth studio album from Nick Cave & The Bad Seeds, was released on February 18th 2013 and represented a pivotal moment in the band's long and illustrious career. Cave's remarkable band were in their 30th year when Push The Sky Away was released but they were still as creative and artistic as ever, albeit in a different guise to that which many would have associated them with at the time. 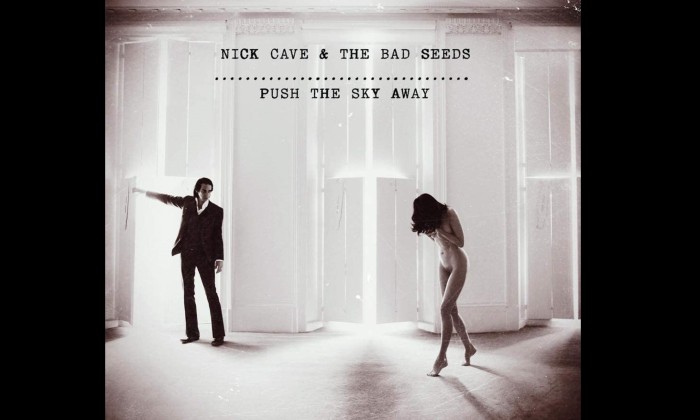 The nine songs on Push The Sky Away are full of understated restraint and reserve, both instrumentally and vocally. Cave's penchant for violence and anger was long gone, replaced here with a tenderness that had often been sign posted but never entirely embraced so whole heartedly. The love songs of The Boatman's Call and the spectacular arrangements on the simultaneous releases of Abattoir Blues and The Lyre Of Orpheus signaled Cave's next phase but only in it's infancy.

What Nick Cave & The Bad Seeds created on Push The Sky Away was a million miles away from The Birthday Party or Grinderman and was only connected to other Bad Seeds releases by the players, producer and writer-in-chief himself. There had been a few significant changes in the line-up for Cave's 15th studio album, most notably there was no Mick Harvey for the first time and also there was the reintroduction of founding member Barry Adamson who was last heard on the 1986 album Your Funeral... My Trial. (Sadly it was also the last album to feature keyboard player Conway Savage.)

The album was produced by Nick Launay (Arcade Fire/Anna Calvi/Yeah Yeah Yeahs/Idles) who had produced the band's previous album Dig, Lazarus, Dig as well as Nocturama and Abattoir Blues/The Lyre of Orpheus. The stark differences between the Bad Seeds previous album, Dig, Lazarus, Dig and Push The Sky Away yet again highlighted Cave's propensity to amaze and astound. The shredded guitars and frenzied delivery of Dig was replaced by the hypnotic loops co-created with Warren Ellis. The snarling angsty anger of Cave's former demonic incarnation was gone, swapped out for a calm tranquility within the entirely exquisite compositions.

Push The Sky Away has a delicacy and tenderness woven through it like a fine silken tapestry of beguiling beauty but it can still be unflinching and brutal. Cave tears at your heart strings before ripping out your innards and strangulating your circulation with jaw dropping imagery, literary sparkle and poetic flamboyance. His undoubted prowess at imparting a compelling and often disturbing tale are second to none and there are lyrical gems aplenty on PTSA. The first single taken from the album - Jubilee Street, is one of the more immediate among the nine track set and served as a fabulous introduction. The aching of the strings and the tremendous build of the tumultuous finale are matched only by the utterly brilliant lyrics..."I got love in my tummy and a tiny little pain, And a ten ton catastrophe on a 60 pound chain."

At The Water's Edge is a gripping tale of promiscuous city girls - "their legs, wide to the World, like bibles open", given extra gravitas by the menacing and unnerving periodic injections of tempered mania provided by Warren Ellis. Here more than anywhere else on the album you can clearly hear the influence provided by the soundtrack scores that Cave and Ellis have partnered on. The sense of foreboding continues on the Wikipedia inspired We Real Cool and Nick shows he's not lost any of his often provocative wit on the beautifully melodic fragility of Mermaids.

Cave's ability to convey in such a limited time frame what others may take an essay to complete is no more finely captured than on Wide Lovely Eyes. His voice, slightly mellowed with a depth of soulful expression, wraps around each word with a caring caress. The metronomic and mesmerising arrangement is a triumph of subtlety and sensitivity. "I watch your hands like butterflies landing" Cave sings in his most emotive tones since The Boatman's Call.

Penultimately Nick Cave & The Bad Seeds treat us to a real tour-de-force with the indulgence of the heavier, more percussive Higgs Boson Blues where even Hannah Montana plays a cameo role and (As with Jubilee Street) there are some understated backing vocals provided by Children Of The Ecole St Martin. The title track closes out the terrific album with some sweeping organ notes and a booming bass line, courtesy of Barry Adamson, set to the intertwined vocal arrangement.

Push The Sky Away was a transitional album that divided fans at the time. Many were not happy with the direction in which Nick Cave had taken his influential band. "The man lost it after Henry's Dream. The younger Nick Cave would have despised this stuff" was a typical comment from one of his detractors, but it is both inaccurate and ill informed to suggest such. Nick Cave was merely writing a new chapter for the Bad Seeds and paving the way for 2016's equally compelling Skeleton Tree and 2019's sublime collection of songs - Ghosteen.