Nick Carter's wife Lauren commemorated their son's birth with a beautiful photoshoot including a snap of her breastfeeding. 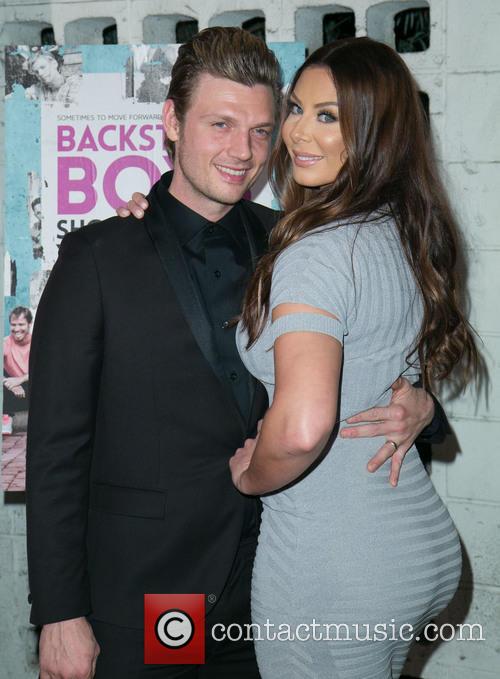 The fitness trainer and new mum posed with their baby boy, Odin Reign Carter, who was born last month (Apr16), in a flowing white off the shoulder dress with lace panels. And in pictures obtained by website DailyMail.com, Lauren is seen serenely breastfeeding her young charge in a tender moment.

In what's become a bit of a trend, Lauren Kitt Carter joins celebrities such as Gisele Bundchen and Chrissy Teigen who have also shared snaps of themselves while breastfeeding.

Lauren's maternal moment was captured by photographer Lori Dorman, and is one of a number of shots of the new mother - who endured a 30-hour labour - with the couple's first child who arrived on 19 April.

In an interview with Entertainment Tonight, Lauren revealed: 'We made the decision we wanted to do a home birth from researching and going and interviewing the hospital and watching a hospital-type birth verses a home birth.

"We went to tons of classes together for different techniques, from changing diapers to breathing through the birth itself, so the whole experience was a nine-month process."

Lauren, who married Backstreet Boys singer Nick in Santa Barbara, California in April 2014, praised her husband for "his willingness to jump right in".

"He's not grossed out by anything," Lauren gushed. "There's no secrets between us after watching his wife give birth."

"I do not mind at all changing diapers," 36-year-old Nick added. "I don't think she wants me to change them as much because I am not as good as her in that."