Backstreet Boys star Nick Carter knew his wife Lauren Kitt was the perfect woman for him when she told him she hated boy bands. 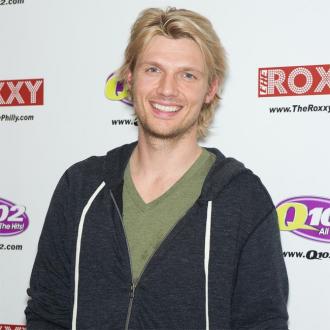 Nick Carter knew his wife was 'The One' because she hates boy bands.

The Backstreet Boys star, who married Lauren Kitt earlier this year after being set up on a blind date by mutual friends in 2008, admits he is glad he never married anyone famous.

The singer, who previously dated Paris Hilton, said: ''Lauren is everything I was looking for. When I heard she hated boy bands, I knew she was the one.

''I want my fans to see how much I love Lauren and to know that I'm in good hands.''

The couple are set to star in their own VH1 reality series, 'I Heart Nick Carter,' later this month and Nick admits it wasn't all smooth sailing.

Asked about why he wanted to do another reality show, he said: ''I wanted people to see who I really am. I think 'House of Carters' left a bad taste in people's mouths - it certainly did in mine! Lauren wasn't into it at first, but we made a pact that if we ever felt it was hurting our relationship we would quit.''

He added to US OK! magazine: ''Right before the wedding, some horrific family issues came up and I told him to turn off the cameras. We talked about whether or not we wanted to air these scenes, and in the end we decided that if the entire show is based on true reality we couldn't sugar-coat anything.''