He has denied claims that he raped the singer-actress when she was 18.

Nick Carter has been forced to deny claims made by a former popstar that he sexually assaulted her when they met. Melissa Schuman made the accusation in a blog post this month, insisting that she wasn't able to come forward earlier due to legal costs she would incur. 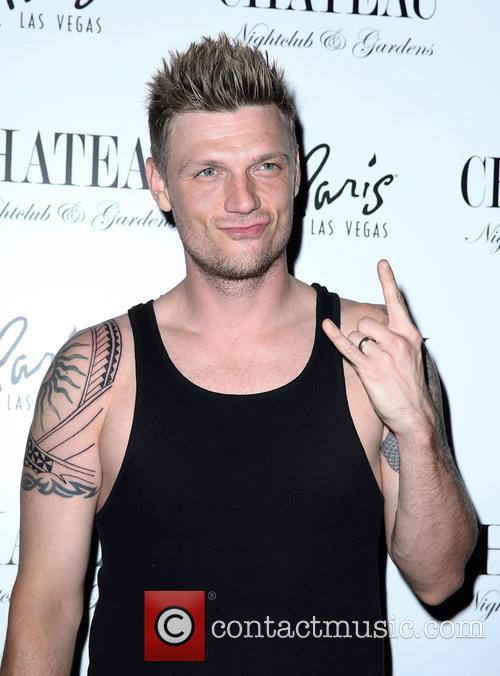 The 33-year-old former Dream star wrote an article about her alleged experience when she was 18 in disturbing detail. She said that the Backstreet Boy singer, when he was 22, took her virginity despite her repeated refusals while they were at a party (described by Melissa as more of a 'casual hangout') together at his Santa Monica apartment.

According to her, he had invited her to his office to listen to music and they ended up kissing. They then moved to the bathroom where the alleged attack began. 'He was aware that I was a virgin and that I held to religious conservative christian values', she said. '[He] put me on the bathroom counter and started to unbutton my pants. I told him I didn't want to go any further. He didn't listen. He didn't care. He told me, 'don't worry. I won't tell anybody'.'

She says he forced her to perform oral sex on him, at which point she felt 'scared and trapped'. Later, he took her into the bedroom where she claims he raped her. 'He was visually and clearly growing very angry and impatient with me. I couldn't leave', she said. 'It was evident to me, that i couldn't leave. He was stronger and much bigger than me, and there was no way I would be able to open that door or have anyone help me.'

'He threw me on the bed and climbed on top of me', she continued. 'Again, I told him that I was a virgin and I didn't want to have sex. I told him that I was saving myself for my future husband. I said it over and over again. He whispered in my ear as to entice me, 'I could be your husband'. He was relentless, refusing to take my no's for an answer. He was heavy, too heavy to get out from under him.'

The pair had met because they were both cast in the 2004 teen horror TV movie 'The Hollow'. They later went on to record a single together after Melissa signed with his manager Kenneth Crear, but her career with him went no further after she gave Nick the cold shoulder following meeting him a second time when they were supposed to sing live together at her showcase.

'He was irritated with my lack of warm welcome and appreciation for the favor he was doing for me', she said. Nick Carter has since reached out to deny all claims made by Melissa, expressing his shock that such a story has come to light.

'I am shocked and saddened by Ms. Schuman's accusations', he told People. 'Melissa never expressed to me while we were together or at any time since that anything we did was not consensual. We went on to record a song and perform together, and I was always respectful and supportive of Melissa both personally and professionally. This is the first that I am hearing about these accusations, nearly two decades later. It is contrary to my nature and everything I hold dear to intentionally cause someone discomfort or harm.'