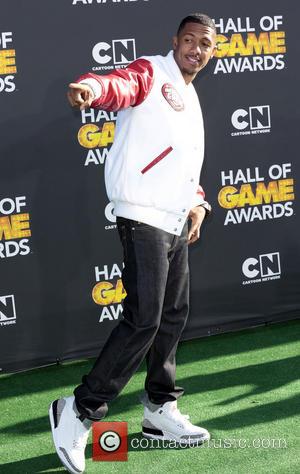 The America's Got Talent presenter was hand-picked by the convicted kingpin to bring his story to life on screen and Ross reveals he's had Mariah Carey's husband in his sights for more than 15 years.

'Freeway' Ricky Ross tells AllHipHop.com, "I chose Nick based on a few factors. The role is 17 to 25 in age, many of our award-winning actors are much older than that range. Nick is a guy who captures my character when I was in custody in San Diego."

The movie will be directed by The Notebook filmmaker Nick Cassavetes and will detail Ross' rise in the underground drug world in Los Angeles in the 1980s and his imprisonment for drug trafficking in 1996.

Discussing the project, Cassavetes previously said: "'Freeway' Ricky Ross is a living American legend. A modern day street genius. To not know his story is to not understand our country, how it works, what it needs, and what it will do to get it. From his modest Los Angeles beginnings to his meteoric rise to the top of the drug world, Rick's 'hustle' was unparalleled in modern history... but when that government was done with him, it locked him up and left him as the fall guy responsible for the destruction of an entire community."

Ross has been in the headlines of late for another reason - he's been engaged in a legal battle with his hip-hop namesake Rick Ross, born William Leonard Roberts Ii, as they fight over who owns the rights to the name.