Cannon claims he's in hot water with NBC over a joke he made in a separate Showtime stand-up special.

‘America’s Got Talent’ host Nick Cannon has dropped a strong hint that he’s about to walk away from the show, posting a lengthy update via his official Facebook page mentioning “dignity” and “integrity”.

The comedian, who has hosted the NBC reality competition for 12 seasons since 2009, claims that networks execs are threatening to fire him over a joke he made about race in a recent Showtime stand-up comedy special.

“After days of deliberating over some extremely disappointing news that I was being threatened with termination by Executives because of a comedy special that was only intended to bring communities closer together, I was to be punished for a joke,” the 36 year old star posted on Monday (February 13th). 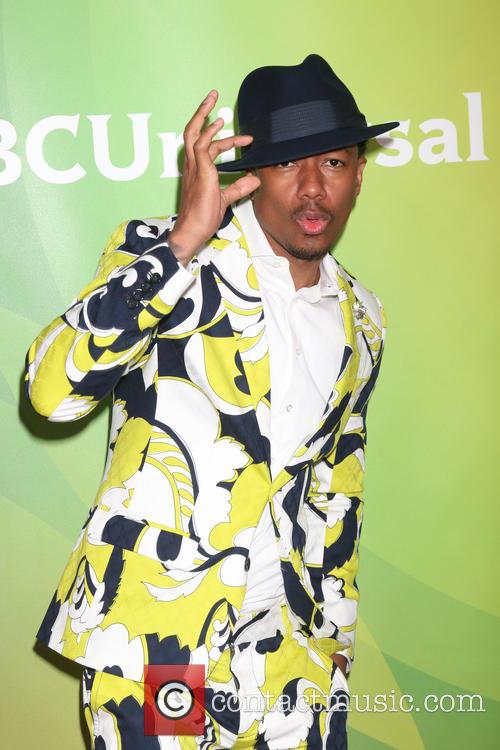 Is Nick Cannon on his way out of the 'America's Got Talent' door?

“This has weighed heavy on my spirit. It was brought to my attention by my 'team' that NBC believed that I was in breach of contract because I had disparaged their brand. In my defense, I would ask, how so? Or is this just another way to silence and control an outspoken voice who often battles the establishment?”

The joke at the centre of the controversy was aired in Cannon’s pay-cable Showtime special ‘Stand Up, Don’t Shoot’, when he explicitly referenced his employment on ‘AGT’.

“I honestly believe, once I started doing ‘America’s Got Talent’, they took my real n****r card. They did! Because then like these type of people started showing up to my shows,” he said in the special as he jokingly referenced three older white audience members in the front row. “I can’t do the real n****r stuff no more, because then they’ll put me on TMZ.”

On his Facebook post, Cannon continued: “I find myself in a dark place having to make a decision that I wish I didn't have to, but as a man, an artist, and a voice for my community, I will not be silenced, controlled or treated like a piece of property,” he continues. “There is no amount of money worth my dignity or my integrity.”

Strongly suggesting that he was on the verge of quitting the NBC show for good, he said his “soul won't allow [him] to be in business with corporations that attempt to frown on freedom of speech, censor artists, and question cultural choices.”

“Not to get too detailed but this isn't the first time executives have attempted to 'put me in my place' for so called unruly actions,” he finished. “I will not stand for it. My moral principles will easily walk away from the millions of dollars they hang over my head. It's never been about the money for me, what is difficult to walk away from is the fans, the people who love me on the show. This hurts tremendously.”