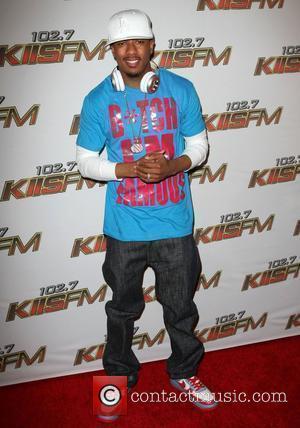 Actor Nick Cannon is fuming after learning his newborn twins' birth certificates have been leaked online.
Cannon and his wife Mariah Carey became parents to babies Moroccan and Monroe in April (11). Copies of the tots' official birth certificates emerged on the internet on Thursday (19May11) - less than a week after his son and daughter were released from the Santa Monica-UCLA Medical Center on 14 May (11).
The documents, which were posted on celebrity website TooFab.com, reveal that Monroe was delivered first, followed by her brother Moroccan. The papers also show that Monroe was not given a middle name, like her famous mother Carey, while Moroccan shares his dad's middle name, Scott.
Members of the public are able to obtain "informational copies" of birth certificates in the State of California, but Cannon was upset over the leak and took to his Twitter.com page to vent his frustration.
Cannon tweeted, "Whoever released my children's birth certificates need they (their) a** whooped!"