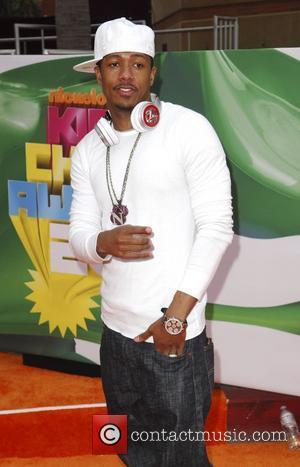 Father-to-be Nick Cannon is set to challenge Eminem again as part of a TV comedy special.
The rapper/comedian has landed his first one-hour stand-up special and bosses at Showtime, the network behind the project, have revealed he plans to poke fun at his rap rival as part of his routine.
A war of words between Cannon and Eminem kicked off in 2009 when Cannon accused the rap superstar of disrespecting his wife Mariah Carey in the lyrics of Relapse album track Bagpipes From Baghdad.
In the tune, Eminem opens up about an alleged romance with Carey, rapping, "Mariah whatever happened to us/Why did we ever have to break-up?"
But when he took aim at Cannon in the song, urging him to "back the f**k up," adding, "I'm not playing, I want her back, you punk...." and "I wish you luck with that whore", the entertainer decided it was time to fight back.
In a post on his blog, Cannon wrote, "(Eminem is) still obsessed with my wife, the same female that wouldn't let him get to second base from 8 years ago."
Cannon called Eminem "Slim Lamey" and offered him a challenge, writing, "Man to man, let's meet up and deal with this like adults... This is my invitation to you, whenever and wherever you like, sir. So when you come out of your introverted hiding place and ask your bodyguards if you can go out and play by yourself, I'm here Pimp!"
And he further teased Eminem by stating, "Your legacy has now been tainted from this day forth! You will now be known as the rapper who lost to corny-ass Nick Cannon!"
The angry post was later removed, but Cannon isn't finished with making fun of Eminem and plans to make the rapper the butt of his jokes during his comedy special.
A spokesman for Showtime says, "In his first-ever comedy special, the popular comic actor and musician reveals surprisingly edgy, hysterically honest tales of his failed attempts at being a gangster, his humble roots, marriage, fatherhood and his thoughts about the rapper Eminem."