Nick Broomfield: 'Adolf Hitler Would Be Proud Of American Sniper' 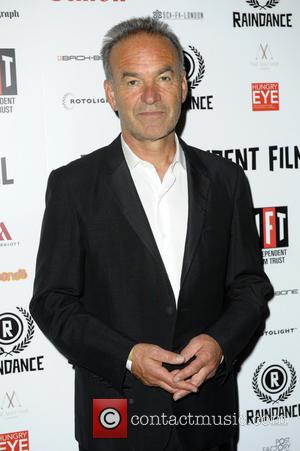 Controversial documentary-maker Nick Broomfield has launched a furious attack on hit movie American Sniper, branding it "fascism" and comparing it to the powerful imagery used in Adolf Hitler's Nazi propaganda.

Broomfield, who has previously released headline-grabbing films about the deaths of rocker Kurt Cobain, Tupac Shakur and Notorious B.I.G., has hit out at the Oscar-nominated movie, which tells the story of real-life Navy SEAL Chris Kyle.

The film has already attracted criticism and accusations it glorifies killing, and now Broomfield has waded into the debate, insisting it is evidence the U.S. is no longer a world leader.

He also compares it to the powerful propaganda used by Hitler to rally support during the 1930s, and says American Sniper's huge popularity at the box office is "worrying".

Broomfield tells Britain's The Independent Magazine, "People look to the United States for things that are about to happen in the future. But after you've watched a film like American Sniper, you think, 'My God, what the f**k am I doing here?'... Oh my God, I think Adolf would have been proud to have made it."

Asked if he feels the movie is propaganda, he replies, "No, just American fascism... I think when you make a film like American Sniper you have to be in decline. You're holding on to your bootstraps and you're turning inwards. You're not a world leader any more. I think it makes people very insecure and they sort of retreat to their most basic fears. The fact that that film has been such a touchstone here is worrying."

Nick Broomfield: 'Adolf Hitler Would Be Proud Of American Sniper'